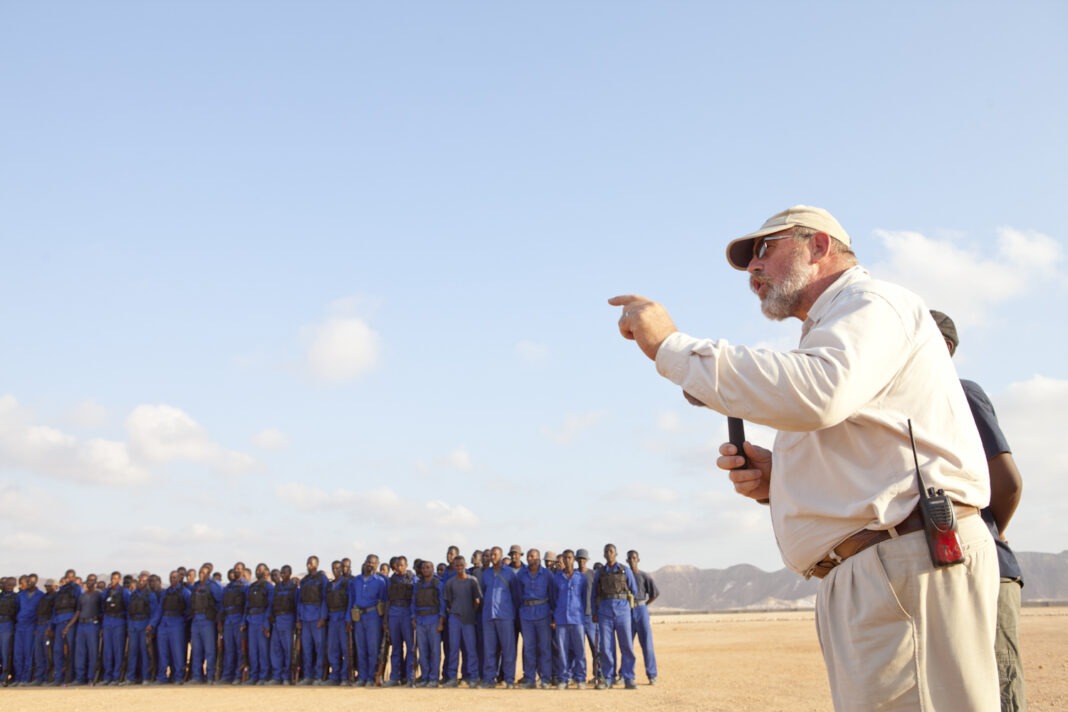 Share on Facebook
Tweet on Twitter
Djibouti (HAN) May 22, 2014.  Abdillahi Mohammad reports in Djibouti (The Africom command has military and civilian personnel assigned at Camp Lemonnier, Djibouti). Camp Lemonnier provides, operates and sustains superior service in support of combat readiness and security of ships, aircraft, detachments and personnel for regional and combatant command requirements; and enables operations in the Horn of Africa while fostering positive U.S.-Africa communities and  Nation building relations.This “service agreement” with Djibouti government allows the USA to build its new base, turn ownership over to the Djibouti people and then sign a 99 year “service agreement” to use the Camp Lemonnier base.The Combined Joint Task Force-Horn of Africa (CJTF-HOA) members interact with the Horn of Africa and Djibouti communities to help schools, facilitate services and build community clinics.

“We can’t isolate ourselves. We need to reach out and we need to be involved in the community. I think the more people get to know us and see we’re not just here to carry guns and fly helicopters and aircraft, but we want to understand their culture and how they operate.”In 2012, U.S. Africa Command started to step up efforts to prevent one of the biggest killers in Africa with the establishment of the East African Malaria Task Force. The  prospect of a regional security deal with Horn of Africa, IGAD states powers looms on the horizon to overcome man made famine and security issues.

The upcoming Mass starvation issues:  Regional doctors and aid leaders fear the child could be the forefront of a new wave of mass starvation.Doctors at Mogadishu’s Banadir Hospital said two children died of malnourishment last week. A lack of food in many parts of the country could lead to more deaths.  The U.N.’s top humanitarian official for Somalia is pleading for more money. Philippe Lazzarini says food aid programs will soon be shut down because only 17 percent of the U.N.’s requested aid budget of $940 million has been given.  Lazzarini said 50,000 children are at immediate risk of starvation.
Another diplomatic tension: Kenya police have arrested the wife and children of the Somali Minister for Livestock Prof. Saalim Aliyow Ibrow.  They accused his wife to have been carrying a forged Kenyan Passport. On the other hand, Kenya police have also arrested the wife and children of Somali MP Aadil Sheegow Sagaar. They are in police detention in Nairobi. This news of arresting the relatives of Somali leaders has come at a time when Kenya police are carrying out sustained operations against illegal Somali aliens living in that.

“My meeting today was in support of the negotiations led by the Prime Minister of Somalia, Abdiweli Sheikh Ahmed. I welcome the readiness of all parties to engage in talks without pre-conditions to find a peaceful solution and I am pleased at the progress being made. I urge all parties to reach an inclusive political settlement that will open the way to the formation of an interim regional administration in south west Somalia, recognize by the Federal Government and supported by international partners. Under the leadership of the Federal Government all parties need to reach an agreement that respects the Provisional Federal Constitution and existing agreements. Ensuring inclusive governments in all interim administrations is also vital. This applies for the Juba Interim Administration (JIA) and for the future south west Interim Administration which, I hope, will soon take its place alongside the JIA.

“An early settlement and formation of an Interim Administration will enable international partners to engage fully with the region through the New Deal Somalia Compact. It will also clear the way for improved security and a more effective campaign against Al Shabaab,”  Nicolas Kay said.

“The United Nations remains committed to supporting the Federal Government’s peace-building and state-building efforts. I am ready to meet all sides in the search for lasting peace and prosperity for Somalis. Time is of the essence and I hope no one will stand in the way of progress,”  Kay  added.

In Mogadishu: Federal Military court officials, lawyers, and legal experts. They described how military court proceedings restrict defendants’ rights to obtain counsel of their choice, prepare and present a defense, receive a public hearing, not incriminate themselves, and appeal a conviction to a higher court. More than a dozen of those convicted over the last year have been sentenced to death and executed, magnifying the harm to basic rights.

“Summary trials by Somalia’s military courts may be convenient for the Somali authorities, but that can’t justify violating the rights of defendants,” said Leslie Lefkow, deputy Africa director, “Somalia needs to reform the military courts and move trials of civilians to civilian courts.”

Puntland Donor Roundtable Meeting: Speaking during the Meeting, Ambassador Annadif of AMISOM noted that donor support is pivotal to the realization of Puntland’s immediate and long-term development needs, and creates an environment for sustainable peace and development in Somalia.

The AU Special Representative, the first AMISOM leader to travel to Garowe to engage on Puntland development issues, reiterated the importance of Puntland’s stability and its role in setting an example for the rest of Somalia. “I’m encouraged by the developments in Puntland. The last elections are significant proof of positive developments and I call on all Somalis to follow the example of Puntland.” he said.

Photo: The PMPF was politically contentious (the marines “as an elite force outside any legal framework, engaged principally in internal security operations) in Putnland.
The latest updates Follow twitter.com/GeskaAfrika
Geeska Afrika Online (1985 -2014) – The International Gateway news and views about the Horn of Africa (Ethiopia, Eritrea, Somalia, Somaliland, Sudan, South Sudan, Djibouti, Kenya and Uganda), the best IGAD news and information Online Site for the last 20 Years.
–
HAN & Geeska Afrika Online (1985-2014), the oldest free independent Free Press in the region, brings together top journalists from across the Horn of Africa. Including Ethiopia, Somalia, Eritrea, Sudan, Djibouti, South Sudan, Uganda, Kenya, Oromo, Amhara, Somali, Afar and Harari. Plus, we have daily translations from 150 major news organizations in the Middle East and East African regions. Contact at news@geeskaafrika.com