Home frontpage SOMALI AMERICAN PETITION: THE OBAMA ADMINISTRATION TO STOP THE MISTREATMENT OF... 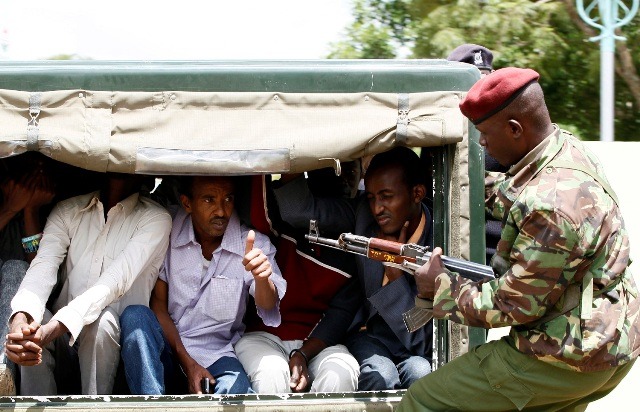 Washington (HAN) April 19, 2014 – The United Nations refugee agency UNHCR expressed concern for Somali refugees and called on Kenyan law enforcement to treat them humanely. The agency reports nearly 551,000 refugees and asylum seekers reside in the country and 50,800 of them are Somalis living in Nairobi. 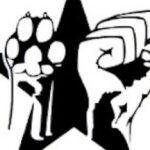 SOMALIS IN KENYA ARE UNDER SIEGE BY THE KENYAN GOVERNMENT.THEY ARE DETAINED ILLEGALLY IN MASS NUMBERS AND ARE CAPTIVE AT THE KASARANI SOCCER STADIUM (CONCENTRATION CAMP). THEY ARE PLACED IN CAGES AND TREATED INHUMANELY WITHOUT FOOD AND WATER, AMONG THEM ARE INNOCENT CHILDREN, SENIORS AND PREGNANT MOTHERS WHO HAD DELIVERED WHILE IN CAPTIVITY. WE DEMAND THE KENYAN GOVERNMENT TO STOP THESE HUMAN RIGHTS VIOLATIONS AND CRIMES AGAINST HUMANITY, IN ADDITION TO THE CURRENT ICC 2008 CASE AGAINST KENYAN PRESIDENT. KENYAN GOVERNMENT MUST ABIDE THE 1951 REFUGEE CONVENTION AND UNIVERSAL DECLARATION OF HUMAN RIGHTS. WE ASK YOUR SUPPORT IN PROTECTING THESE INNOCENT SOMALIS AND SOMALI-KENYANS. WE ASK OUR U.S. GOVERNMENT AND PRESIDENT TO DEMAND FROM THE KENYAN GOVERNMENT TO STOP THESE ATROCITIES.

Report from Human Rights Agency says “Scapegoating and abusing Somalis for heinous attacks by unknown people is not going to protect Kenyans, Somalis, or anyone else against more attacks. Kenya’s deportation of Somalis to their conflict-ridden country without allowing them to seek asylum would be a flagrant breach of its legal obligations”

The aggressive targeting of Somali natives are more specifically, the targeting Somali ethnicity, is rooted in the definition of terrorism and its affiliation with religion and Somali race, according to the International Human rights Groups.

In Syria: America’s ambassador to the United Nations raised the specter of genocide in Syria, after officials this week sounded the alarm about spiraling violence in that country’s civil war. 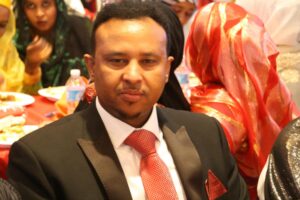 Speaking at a U.N. Security Council briefing on genocide, U.S. Ambassador Samantha Power on Wednesday compared the fighting in Syria to the genocide in Rwanda 20 years ago.

“This is a huge and growing international threat that’s like nothing I have ever seen,” Rep. Mike Rogers, R-Mich., chairman of the House intelligence committee, said on Fox News Radio’s “Kilmeade and Friends,”

In Kenya, it is phase one Of Rwanda Style….. If we dont stop now… It will go to the Third phase of Rwanda Genocide.

The White House and State Department said this week that officials are still looking into the claims.

Please sign the below “White House Petition” to demand from the Kenyan government to stop the torture, extortion, and arbitrary detentions on Somalis in Kenya.

Photo: A policeman guards suspected Somali illegal migrants and refugees as they arrive at a holding station

Have you been affected by this story? You can share your views and experiences with us, Send to HAN@geeskaafrika.com