Home frontpage Somali Ambassador: ISIS doctrine ‘Is a Cancer Which Is Spreading to the... 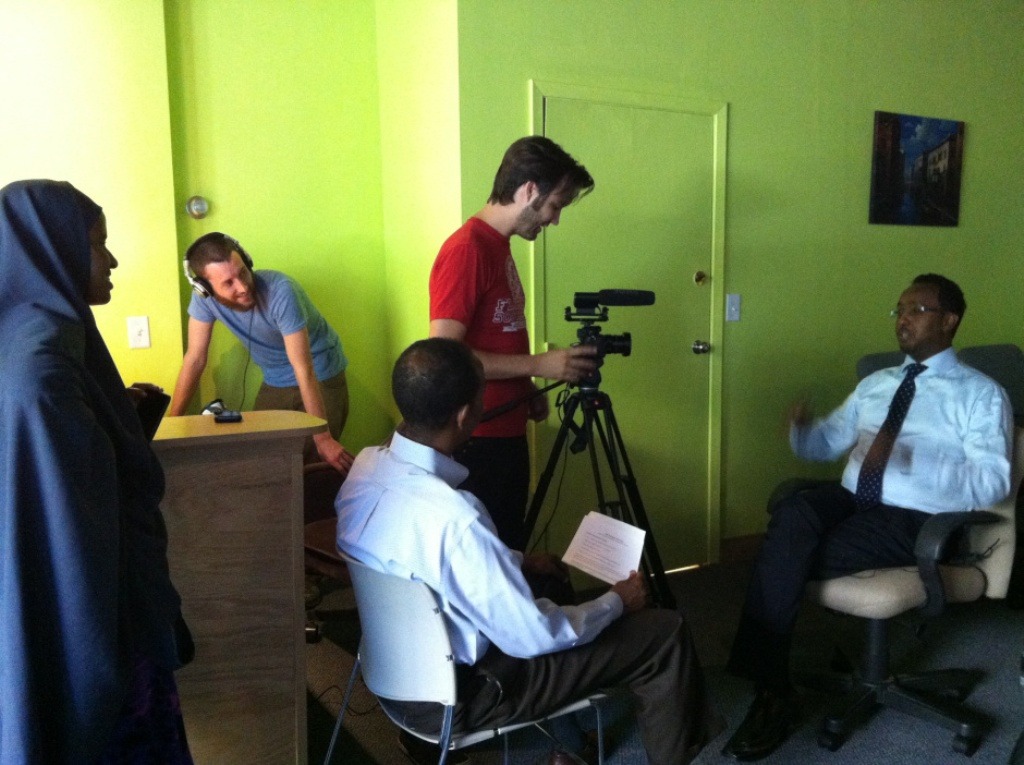 Minnesota (HAN) September 15, 2014- Public diplomacy and regional security news. In an interview with Geeska Afrika Online news, diaspora community Ambassador Hashi Shafi, discussed the significant threat that ISIS poses and the importance of US federal government, regional state security and Somali community partners working together to fight ISIS doctrine. “This is a cancer which is spreading if we dont proactively stop them,” Shafi told Geeska Afrika Online.

Members of the Minneapolis Somali community responded to the following message:

“The U.S federal government must play a key role in choking off the supply of new recruits to the bloodthirsty jihadists of Somali militants of Al-shabaab, Diaspora community Ambassador Hashi Shafi urged in an interview with the HAN (Horn of Africa Newsline) -The International Gateway news and views about the Horn of Africa.”

Meanwhile, Karla Hult, reported: ISIS targeting Somali Minnesotans, About seven years after Somali Minnesotans started to see dozens of young men volunteer for a war across the globe, the community is struggling with the latest effort to recruit their young adults.
And this time, it’s an effort being waged by a different terrorist organization from a different region.

According to the FBI, a “handful” of Somali men and women have volunteered to join the terrorist organization ISIS and their fighting efforts in Syria. Local leaders say the number of people is estimated to be at least 10.
“Even one person it impacts all the families and communities. It’s unacceptable,” said Hashi Shafi, Executive Director of the Somali Action Alliance.
Shafi believes recruitment videos distributed by the terrorist organization clearly reveal its attempt to specifically target Somali Minnesotans with direct references to Minnesota. He adds ISIS may be following in the footsteps of al-Shabab, another terrorist organization that successfully recruited two dozen Somali Minnesotans to fight in Somalia, starting in 2007.
“This time it’s another war and in a country where we don’t have no clue, no relationship whatsoever,” Shafi said.

Shafi said the community is eager for answers and supports the efforts of a federal grand jury investigation – first reported by the Star Tribune – that is looking into the recruitment efforts. Shafi and other leaders also hope to find answers of their own, by holding a town hall meeting later this month that would allow people to learn more about ISIS, while trying to learn more about why Somali Minnesotans are falling into the organization’s trap.
“We don’t know exactly what’s happening. That’s why we have to as a community stand up,” Shafi said.

Meantime, KARE 11 has learned the Bloomington Police Department issued a no-trespass order to a 31-year-old man after the director of the Al Farooq Youth and Family Center and Mosque in Bloomington reported concerning behavior by that man. According to an attorney for the mosque, the man had been acting inappropriately with young adults and was “advocating extremist views.” The attorney, Jordan Kushner, added that two people – a man and woman who had attended activities or prayers at the center – had disappeared around the same time the order was issued. Kushner would not speculate on what happened but said the widespread belief among those involved in the Al Farooq community was that both had boarded a plane for Syria to assist in the ISIS efforts.
Photo: Media filming an interview with Hashi Shafi at Somali Action Alliance.