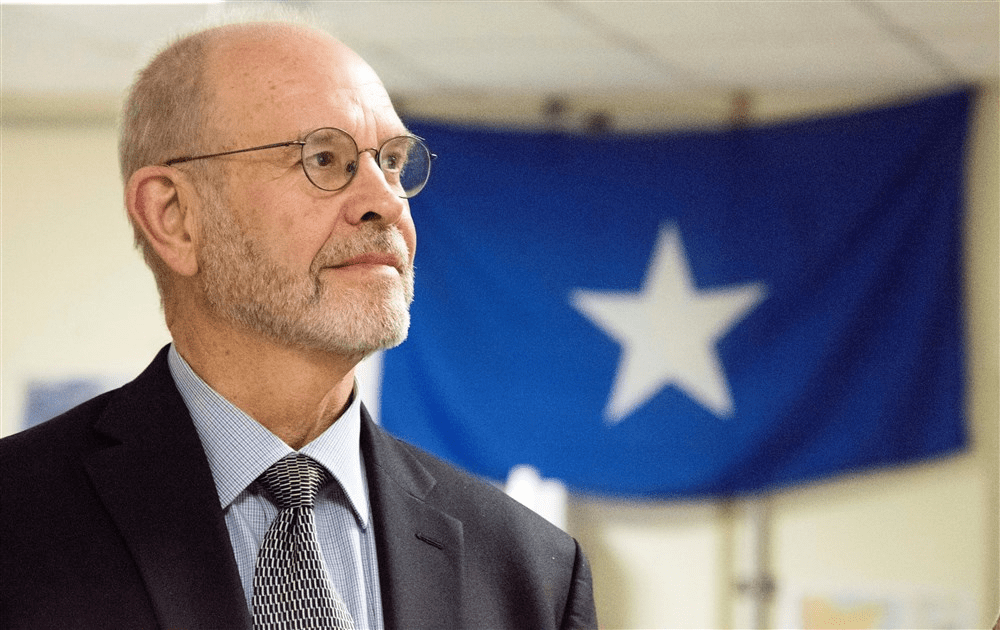 Djibouti (HAN) October 27, 2015 – Public Diplomacy and Regional food Security Initiatives News. CAMP LEMONNIER After more than 20 years of limited U.S. diplomatic interaction with Somalia, one man is now beginning the task of building new relationships and increasing coordination between the two nations. Ambassador David Kaeuper, who previously served and retired as the U.S. Ambassador to the Republic of Congo, is now the U.S. Chargé d’Affaires to Somalia.

“My job is to help improve the ability to coordinate U.S. policy on security in the region and consult with regional capitals,” said Kaeuper.

“We are here to build institutions, to help African partners come up with African solutions,” said Stammer.

With many ties to U.S. embassies throughout the Horn of Africa, CJTF-HOA aligns with the U.S. State Department to support partner countries.

“Our most essential roles are to support the development of a democratic process,” said Kaeuper. “We are here to rebuild communities by helping provide governing structure and create a political environment where violent extremists are not supported.”

To begin helping Somalia build a political system, a foundation must be laid.

“There needs to be milestones and achievable items in digestible portions,” said Stammer. “You can’t just show someone a headquarters organizational map and say ‘All you need is one of these,’ and expect it to happen.”

The job Kaeuper is stepping into will lay foundations for the new ambassador, when appointed.

“We will help create a sense of unity in the larger structure,” said Kaeuper. “We need to assist in finding a rhythm that doesn’t violate clan rules on how they assemble.”

The task may seem daunting, but Kaeuper said he has aspirations toward the end goal.

“We are beginning to work and are gaining some credibility,” said Kaeuper “We have to create a new process to help the sense of unity.”