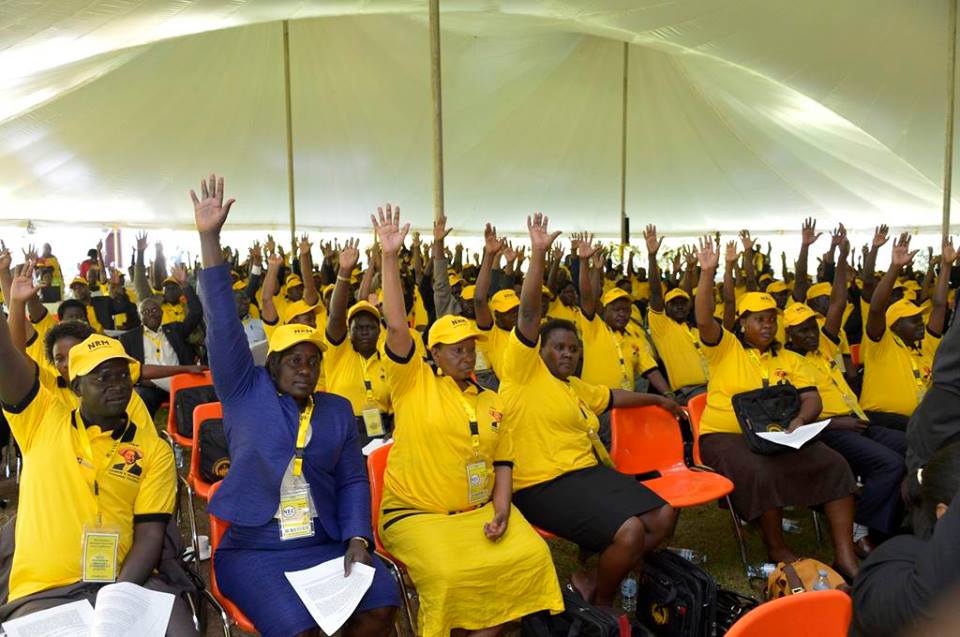 KAMPALA (HAN) July 5.2016. Public Diplomacy & Regional Security News. If the functioning and welfare of political parties were a measure of a country’s democracy, how would the East African region fare?

Currently, multipartyism is more or less taken as the universal standard of democracy, of course when accompanied by regular elections. Though most of Africa has adopted this standard with some nudging from the West, pockets of resistance remain on whether parties and elections equal democracy.

The funding systems set up by governments in the region and freedom for the parties to mobilise their resources is a safe good measure to test the region’s commitment to functional political parties and democracy.

The scorecard for East Africa turns out to be mixed. Across the region, political parties are facing a torrid time, with little financing, restrictive laws on mobilising funds, especially from external sources, and dominant ruling parties that feed off the state — a situation that makes for a generally weak political party foundation.

Complaints of an uneven political playing field persist and while the EAC partner states have made attempts to provide statutory financing, critics say the funding is too little or skewed and at best cosmetic.

While incumbent parties look strong, are flush with cash and have countrywide networks, experts warn that that strength is hinged on their stay in power — were they to turn into an opposition party, their existence would not be guaranteed.

CCM has been in power since independence in 1963, including the tenure of its predecessor, the Tanganyika African National Union (Tanu); in Kigali, the RPF has held the reins since the end of the genocide in 1994 while Uganda’s NRM party has been in charge for 31 years.

Kenya is keeping the region baffled by the rate at which new political formations emerge and the fluidity with which politicians move from one party to another.

“Our finding was that parties are poor and when you are poor, you cannot do politics,” said Conrad Adenuer of the German think tank that supported the book project.

Mr Kivumbi said the parties in power cannot be described as political parties because they are “state parties and therefore not in the same league.”

In reference to the legal mandate for the government to fund parties under the Political Parties and Organisations Act 2010, Mr Kivumbi said: “The current financing system is not fair because it considers numerical strength in parliament, so for a party like DP that only has 15 members in the House, we walk away with peanuts.”

He said a different formula should be used to calculate the amount of funding parties receive, especially because current mechanisms are inadequate.

“Whoever receives the money can spend it the way they want. There is no requirement to seek the approval of the delegates conference or the party council,” said Mr Kivumbi.

Under both the amended Electoral Commission Act and the Political Parties and Organisations Act, parties are required to file annual returns with the political parties registration desk at the Electoral Commission. However, this requirement, which attracts a harsh penalty of deregistration, is hardly complied with and where it is, no effort to verify the accounts is made.

According to Jovita Byamugisha, Acting secretary to the Uganda Electoral Commission, parties that received the statutory funding last year are yet to account for the funds.

“It’s a process that requires the parties to have their books audited, after which they are submitted to the Electoral Commission. The financial year has just ended on June 30, so within the next six months, the parties are expected to complete this process,” said Ms Byamugisha.

Crispy Kaheru, co-ordinator of the civil society group Citizens Coalition for Electoral Democracy in Uganda is also critical of the funding system, saying: “The model is not effective because it is not inclusive, it strengthens already strong parties while disenfranchising poor but idea-based parties.”

An official close to former Forum for Democratic Change (FDC) presidential candidate Kizza Besigye said: “Sometimes we would be there wondering where the money even for fuel to go to a rally was coming from and Dr Besigye would go into the house, come back with some money and tell us to go ahead with our campaigns. We never bothered to ask where the money came from.”

In 2015, the Uganda Electoral Commission operationalised a provision for party financing in the Political Parties and Organisation’s Act  2010 and gave all parties represented in parliament funds in accordance with their numerical strength in the house.

There were 29 registered Political parties in Uganda as at end of 2015.

The Electoral Commission deregistered five political parties for non-compliance with the Political Parties and Organisations Act.