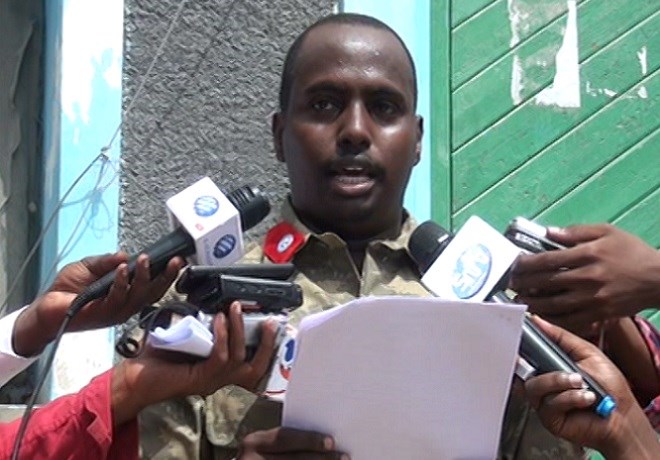 The defendants had appealed the original ruling, but the military court fully upheld the verdicts and sentences, which had first been announced on February 25, according to news reports.

“The pervasive culture of impunity in Somalia undermines press freedom,” said CPJ Deputy Executive Director Robert Mahoney. “Efforts to reverse this trend are important, but we urge authorities to do so by ensuring fair and transparent trials, and sentences that adhere to international standards.”

Two of the six men whose convictions were upheld Sunday, Abdirisack Mohamed Barrow and Hassan Nur Ali Farah, were sentenced to death. Four others were sentenced for their roles as co-conspirators in the murder: Mo’allin Mohmed Abukar Ali and Mo’alin Mohamed Sheikh Yusuf were each sentenced to life in prison; Ali Hassan Aden Tooni and Muheyadin Osman Mohamed Awale were sentenced to 15 and 10 years in prison, respectively, according to news reports.

Hindia was a journalist for the state-run broadcasters Radio Mogadishu and Somali National TV. She was killed when her killers detonated a bomb planted under the seat of her car by remote control, a Somali journalist told CPJ soon after she died.

Hindia was the widow of Somali journalist Liban Ali Nur, who was murdered for his own work on September 20, 2012, according to CPJ research. No one has been convicted in that murder.

At least 23 journalists have been murdered in Somalia in the past five years, according to CPJ research. The country ranks at the top of CPJ’s Global Impunity Index, which highlights countries where murders of journalists go unpunished.

A military court in Mogadishu on March 3 found Hassan Hanafi guilty of being either partly or directly responsible for the killings of Mahad Ahmed Elmi, director of Capital Voice radio, a private station run by HornAfrik Media; Ali Iimaan Sharmarke, the founder and co-owner of HornAfrik Media; Said Tahliil Ahmed,director of HornAfrik for TV and radio stations; Mukhtar Mohamed Hirabe, a reporter for Radio Shabelle; and Radio Mogadishu reporter Sheikh Nur Mohamed Abkey, the only murder to which Hanafi confessed, according to CPJ research. The murders spanned the years 2007-2010. Hanafi was sentenced to death by execution.