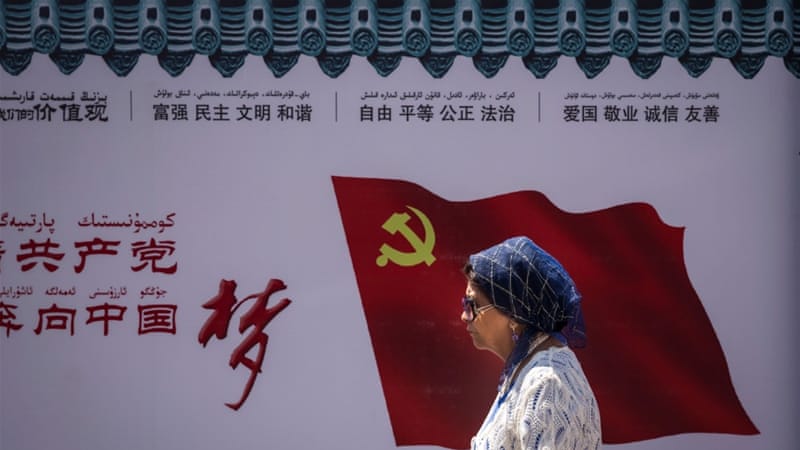 Turkey has condemned China’s treatment of its Muslim ethnic Uighur people as “a great cause of shame for humanity” and asked it to close the “concentration camps”.

In a statement on Saturday, Turkish foreign ministry spokesman Hami Aksoy said it’s “no longer a secret” that China has arbitrarily detained more than a million Uighurs in “concentration camps”.

“It is no longer a secret that more than one million Uighur Turks, who are exposed to arbitrary arrests, are subjected to torture and political brainwashing in concentration centers and prisons,” Aksoy said.

“We invite Chinese authorities to respect fundamental human rights of the Uighur Turks and shut down concentration camps,” he said.

Turkish President Recep Tayyip Erdogan had once accused China of “genocide” but has since established closer diplomatic and economic relations with Beijing.

China’s Xinjiang region is home to around 10 million Uighurs. The Turkic Muslim group, which makes up around 45 percent of Xinjiang’s population, has long accused Chinese authorities of cultural, religious and economic discrimination.

Practising Islam is forbidden in some parts of China, with individuals caught praying, fasting, growing a beard or wearing a hijab, a headscarf worn by Muslim women, facing the threat of arrest.

China’s crackdown on the Uighurs has made headlines around the world.

In August last year, a United Nations panel of experts said it had received credible reports that over a million Uighurs and other Turkic language-speaking minorities were being held in so-called “re-education camps” where they are made to renounce Islam.

Beijing denies Uighurs are being held against their will and says these are “voluntary” vocational training facilities, designed to provide job training and to stamp out “extremist” tendencies.

China has intensified a security crackdown on Uighurs that was put in place after a bloody 2009 riot. Droves of Uighurs have fled, many travelling to Turkey.

Last month, China passed a law to “Sinicize” Islam and make it “compatible with socialism” within the next five years.

But most Muslim-majority countries have not been vocal on the issue, not criticising the government in China which is an important trading partner.