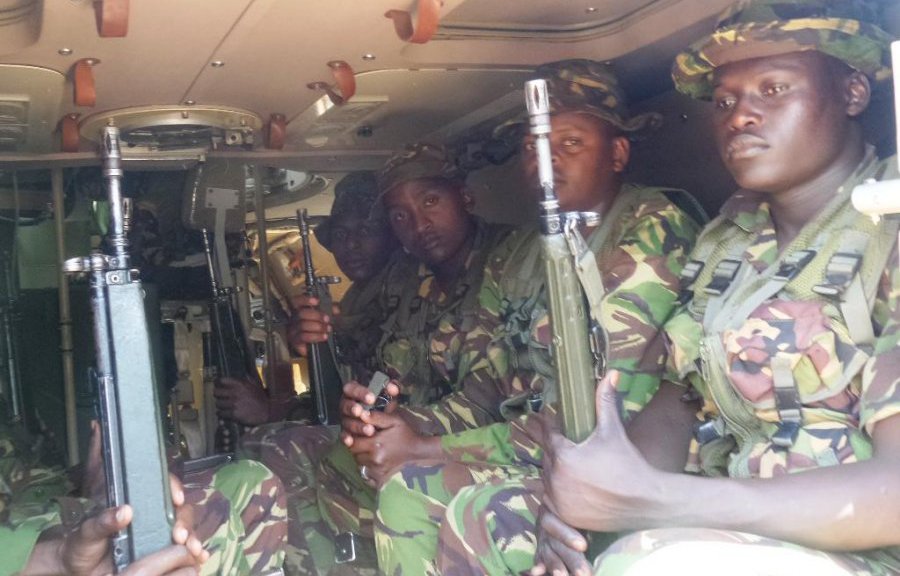 Defence headquarters said the troops were on routine operations when they launched an offensive against al-Shabaab positions.

“KDF soldiers operating under African Union Mission in Somalia (Amisom) successfully launched an offensive operation on al-Shabaab terrorists who had taken control of a mosque and a police station in the area,” said Lt Colonel Paul Njuguna.

Two bombs and eight AK-47 assault rifles belonging to al-Shabaab were seized from the battle field.

Lt Col Njuguna said of the 5am onslaught: “KDF soldiers remain vigilant and will continue to relentlessly pursue the terrorists to ensure peace and security for our country as well as support for Amisom operations in order to stabilise Somalia.”

Al-Shabaab had taken advantage of a tactical withdrawal of KDF troops from Badhaadhe in January last year.

The Kenyan troops had established base at Hulugho until they returned to Badhaadhe on Tuesday.

Pursued on their own soil, the al-Shabaab terrorists have carried out attacks on soft targets in Kenya, killing innocent and unarmed civilians.

On Monday, a police reservist was killed in a gun fight with al-Shabaab terrorists in Mandera, stopping them from attacking the deputy governor’s home and a hotel.

The terrorists had also planned to raid the police station.

The attackers had planted several explosives on the road leading to the police station before they were spotted. They detonated the explosives after shooting the reservist, destroying part of a building hosting Equity Bank.

Mandera bore the brunt of the invasions, which also occurred in Lamu, Garissa and Mombasa over the period.