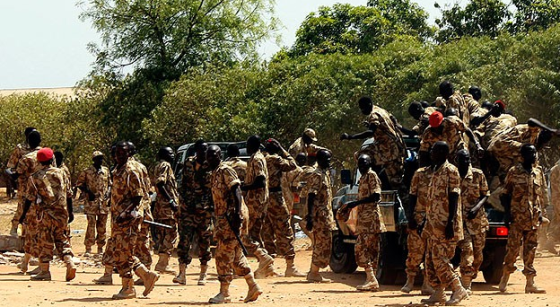 JUBA (HAN) July 7.2016. Public Diplomacy & Regional Security News. Officials of the armed opposition faction of Sudan People’s Liberation Army in Opposition (SPLA-IO) have called on their supporters to remain calm following the killing of their militarily intelligence officer, George Gismala, over the weekend.

This came after the burial of the late Lt. Col George Gismala at Jebel Kujur on Tuesday which senior SPLA-IO military leaders attended.

Lt. Gen Martin Kenyi, the Deputy Chief of General Staff for Moral Orientation in SPLA-IO, said there is need for calm and further called on President Salva Kiir and First Vice President Riek Machar to do more to calm tension between the two sides.

Lieutenant Colonel George Gismala, was shot dead in Juba’s Kator area on Saturday. The circumstances under which he was killed remain unclear.

Gismala was a captain and served as militarily intelligence officer before he joined the SPLA-IO following the outbreak of violence in Juba in 2013.

Lt. Gen James Koang Chuol who is the SPLA-IO’s Deputy Chief of General Staff in charge of Finance and Administration. Chuol, and also the Chairperson of the Joint Military Ceasefire Commission or JMCC for SPLA-IO accused the SPLA loyal to President Salva Kiir of targeting the late Gismala.

“The SPLA they have accepted that they are the one doing the killing in Juba, they must take their people to the court, they have to apprehend them and they charge them as criminals so that they [don’t] take the country to zero. And we will follow the case, the case must not be left like that we must make sure that those culprits are arrested, and they have been taken to court in order [for] the law to take place,’’ he said.

The SPLA Spokesperson, Brigadier General Lul Ruai Koang, neither admitted nor denied that SPLA forces killed Gismala. But he said officials from the Joint Military Ceasefire Commission will meet on Wednesday to discuss the matter.

“No am not going to comment on that issue because there should be a meeting tomorrow between the parties to the agreement and those who are on JMCC, so the issue that we have heard is going to [be] addressed so let me not make any comment,’’ he told Sudan Tribune over the phone.

But General Chuol said despite the incident, South Sudanese and especially the armed opposition’s supporters should remain calm.

“What I can tell my people in South Sudan that and especially the people of the IO supporters [is] to remain calm and let the law take its place. And for the SPLA please you have to apprehend your criminals who are making killing daily so that we take this country back to where it was,” Koang added.

General Chuol added that the two major partners in the Transitional Government of National Unity will investigate the incident.

“So now what we got is only the coming few days to establish an investigation. And I am sure they will help us in this because they have not yet identified and they say by themselves that they have already apprehended three [suspects] and they looking for the rest.”

He however added that both President Salva Kiir and First Vice President Riek Macharshould do more to reduce tensions and build mutual trust between the two camps.

“The South Sudanese should see them working together, the South Sudanese must see them addressing the population of South Sudan and the world together in a podium for example in Juba here. The two should visit all the states, all the ten states to see them moving together. This will help them in one way or another. Number two, they should use their wisdom in the leadership in order to prevail over the respective forces and they also immolate what the two leaders are doing,” said General Kenyi.

South Sudan’s capital, Juba, remains un-demilitarized with the SPLA-IO blaming the Joint Monitoring and Evaluation Commission or JMEC of not doing enough to assess and declare the number of SPLA forces.

The SPLA and SPLA-IO are yet to form joint security forces to patrol the capital as required by the peace agreement.