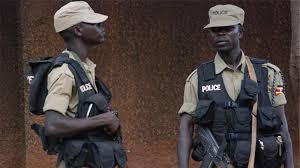 Three senior police officers were Monday convicted of neglect of duty that led to the alleged stoning of President Yoweri Museveni’s vehicle in the northwestern town of Arua last year.

Of the six police bosses arraigned in Arua last week, the chairman of the Police Disciplinary Court Commissioner of Police Denis Odongpiny said the evidence adduced showed that the three senior officers were guilty.

Mr Odongpiny said the court found that the officers failed to protect the life of the President by failing to take precautionary measures to avert violence due to insufficient intelligence gathering. They were also cited for failing to use the manpower and machinery to avert violence.

The prosecution had told the court last week that the officers had failed to adequately deploy security which saw people in a grader intercept the President’s convoy and allegedly damage Mr Museveni’s car.

During the fracas that rocked a by-election campaign in Arua, one person was killed and several others brutally beaten and arrested including six opposition lawmakers.

After the incident, the six officers, who pleaded not guilty last week, were suspended.