Home Eritrea Senait Failed to get the Golden Ticket to Canada "She didn't make... 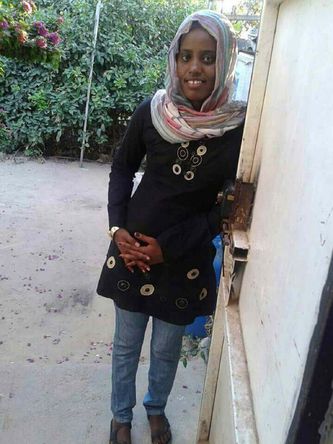 Djibouti (HAN) May 18,2015 Public Diplomacy Regional Humanitarian, Security News.  The Eritrean refugee promised his cousin he would apply to sponsor her as soon as he got settled in Winnipeg in 2012. He didn’t know the Canadian government was about to slam the doo

r shut on any new refugee applications. Neither did she.

Senait Gabir, 28, drowned this winter in the Mediterranean, along with hundreds of other asylum-seekers trying to get someplace safe.

The refugee fled Eritrea — “the North Korea of Africa” — and took a chance with human smugglers on a perilous journey,

Members of the Eritrean-Canadian Human Rights Group of Manitoba are holding a vigil outside the legislature at 6:30 p.m. this evening to pay respects to those who have died. They’re also calling for the federal government to allow more refugees into Canada so they don’t end up drowning like Gabir or beheaded by the Islamic State, like Ethiopian Christians earlier this year in Libya.

The young woman who dreamed of coming to Winnipeg never stood a chance, Yohannes learned. Before boarding an overcrowded, unsafe boat in Libya, she fell off the truck transporting her and other migrants from Sudan. Gabir injured her back and could no longer walk. Fellow migrants took Gabir under their wing when they got to Libya. She was helpless, he said.

They’d been warned if she didn’t pay and get on the ship, Gabir would be taken to the Sinai peninsula, her organs would be harvested, and she’d be left for dead, said Yohannes.

“All her friends didn’t want to leave her there,” said Yohannes. They helped her board the boat carrying nearly 400 migrants bound for Italy.

Some of the 18 survivors had got to know the young woman while waiting for their voyage to Italy to begin. They contacted her relatives to let them know she was not among the survivors.

Yohannes last saw his cousin in Sudan in 2012, when she was able-bodied and hopeful for the future.

“She was happy on the one hand but worried about many problems in Sudan,” said Yohannes.

Many members of their extended family had fled the tyranny in Eritrea and were living in Sudan’s capital, Khartoum, he said. Gabir stayed with Yohannes and his family until his family was sponsored to come to Canada in April 2012. He remembers the last time they spoke in person in Sudan.

“She was talking about her sponsorship: ‘As soon as possible, apply for me,’ ” he said. “Two weeks after I came here, the program was capped, and I couldn’t do that.”

In 2012, the federal government capped the number of privately sponsored refugees to deal with a backlog of applications. There’s no sign of the cap being lifted any time soon, said Winnipeg refugee advocate Jim Mair.

“A lot of people are going to be denied an opportunity to come here,” said Mair, vice-president of the Canadian Council for Refugees. It is holding three days of national meetings in Winnipeg, starting Thursday.

“A lot of families are not going to be reunited, and Canada will keep slipping in the world’s view of how welcoming we used to be,” said Mair.

Meanwhile, refugees in Africa from countries such as Eritrea, Somalia and Syria continue risking their lives trying to get to Europe, and some will end up dead like Gabir. Last month, the UN reported an estimated 31,500 people have crossed the Mediterranean to Italy and Greece so far this year, and an estimated 1,600 people have died trying.

Yohannes is grateful to have made it into Canada. He and his wife have three children, ages two, three and five. He’s studying social work at the University of Manitoba and caring for their children while his wife works full time.

They have hope for their future, while others in Eritrea are living without any freedom or hope. One cousin is in effect a slave in the military who’s been unable to leave for 20 years, he said.

Another cousin who fled Eritrea was picked up by Bedouins, robbed of his organs and left to die — a horror story familiar to refugees and migrants in that part of Africa, he said.

Still, the fear of drowning at sea or slaughter in the desert isn’t enough to keep people in a hopeless situation, Yohannes said. “You suffer something that never ends,” he said. Winnipeg Free Press