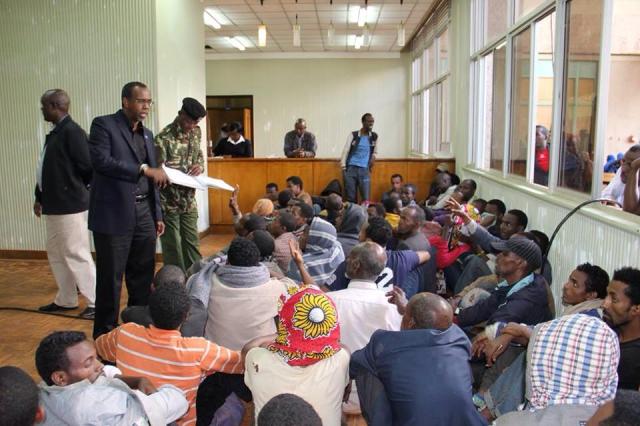 Nairobi (HAN) April 20, 2014 – By Gregory Warner is NPR’s East Africa Correspondent. Mohammed Ali Isaac’s hands shook as he showed his Kenyan ID to the police officers. They let him pass, but his cousins weren’t so lucky. 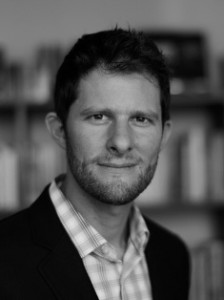 The two women had forgotten their IDs at home, and the police were threatening to load them into one of three large trucks they’d brought for the purpose.

Today’s raid, with dozens of armed police officers in the middle of the day in the predominantly Somali neighborhood of Eastleigh in Nairobi, was timed for just after people streamed out of Friday prayers. It was the latest — and perhaps boldest — roundup in a series of police sweeps that have caught up thousands of undocumented refugees, immigrants and Kenyan citizens of Somali descent in recent weeks.

“I’m nervous,” Mohammad Ali Isaac admitted. He was waiting with his cousins while they sent another relative back home to pick up the forgotten IDs. If his cousins were arrested, he

said, it would be difficult to get them out without a bribe. And bribes, he added, were higher on Friday, when the police could threaten them with a whole weekend in the cell.

Video footage shows what appears to be Kenyan soldiers carrying plastic shopping bags as they leave a supermarket at Westgate Mall during a terrorist attack in Nairobi on Sept. 21. Kenya’s security forces have long been rated as among the most corrupt institutions in the country, but even jaded Kenyans were shocked by the CCTV footage.

At age 20, Isaac is already a veteran of the struggle of growing up Somali in Kenya. The community has always felt like outsiders, despite the fact that Kenya is home to hundreds of thousands of Somali refugees, and to many more ethnic Somalis who were born here.

“In Eastleigh, we’re used to police operations and police crackdown,” said Ahmed Mohamed, secretary general of the Eastleigh Business District Association, which has 20,000 members. “But this is unprecedented. We’ve never seen such security forces during the daylight and during the Friday prayers.”

Wearing his customary blue blazer, Mohamed said he was trying to negotiate with the police commander to stop the arrests, while aiming to quell an increasingly restive crowd.

Thirty-two people were arrested in the sweep, including the mother of a 4-month-old child who was hastily tossed into the arms of a relative. When that relative presented the baby to the crowd, there was an angry roar. A woman named Fatumah Hassan shouted that she was born in Kenya, but that if this harassment continued, she would “give up her Kenyan ID” and fight back. The crowd cheered in support.

“The fear,” added Mohamed, the business leader, is that Kenya “will exacerbate the very thing they’re fighting, which is radicalization.”

The police commanders says Friday’s sweep is a normal operation. The Kenyan police enforcement campaign began last week in response to two terrorist attacks: a deadly bombing here in Eastleigh, and a church shooting in the coastal city of Mombasa that killed six people. Neither of those attacks has been directly linked to Somalis.

However, the attack on Westgate Mall in September that killed at least 67 people was claimed by militants of al-Shabab, and some of those attackers used refugee cards to enter the country from Somalia. Since then, some Kenyan politicians have dusted off an old xenophobic pledge to drive all Somali refugees back to Somalia, though the Kenyan High Court recently declared that a violation of both Kenyan and international law.

Kenya: Somali’s are not second-class citizens, the Spokesman Ministry of Interior
Twenty-four-year-old Sadia, who asked that her last name not be used for safety reasons, said she was two months pregnant when police officers forced their way into her apartment last week. She showed them her refugee card from the United Nations, she said, that gives her protected status and the right to live in Kenya. She said the officers told her, “That’s no good,” and arrested her along with her three children, age 4, 3 and 1.

She had a miscarriage in prison two days later that she blames on rough handling by the police and sleeping on a cold cell floor comforting her toddler. When the bleeding wouldn’t stop, two officials from the United Nations finally came to escort her to the hospital. But only long enough for a checkup — then back to her cell to spend a third night. Source: npr
–
HAN & Geeska Afrika Online (1985-2014), the oldest free independent Free Press in the region, brings together top journalists from across the Horn of Africa. Including Ethiopia, Somalia, Eritrea, Sudan, Djibouti, South Sudan, Uganda, Kenya, Oromo, Amhara, Somali, Afar and Harari. Plus, we have daily translations from 150 major news organizations in the Middle East and East African regions. Contact at news@geeskaafrika.com