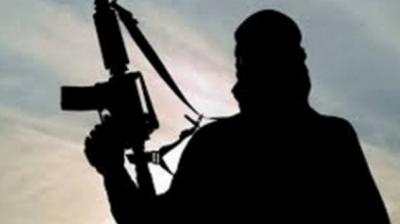 KHARTOUM (HAN) September 16. 2020. Public Diplomacy and Regional Stability Initiatives News. Monitoring Regional Issues. The Sudanese authorities on Wednesday said they seized a huge amount of explosives feeding an illicit trade in the artisanal mining of gold but also can be used in terrorist attacks.

In a press conference held in Khartoum, Attorney General Taj al-Sir Ali al-Hebir said that the Rapid Support Forces (SRF) “set up 12 ambushes that resulted in the arrest of 41 people and seizure of dangerous explosive materials, which could blow up the entire capital, according to forensic analyzes.”

Al-Hebir stated that the seized explosives were “very dangerous, which are TNT and ammonium nitrate,” that caused the Beirut port explosion last month.

He said that information about the explosives trade had been received in various locations, which were being followed up by intelligence services.

He stressed that the Public Prosecution Office is investigating all the incidents, and some of the accused were brought before the courts after completing the cases.

For his part, the RSF spokesman Jamal Jumaa said that their forces seized explosives between August 19 and September 13.

Jumaa added that the number of explosives that were seized amounted to 850 blocks of TNT explosives, 3594 blasting caps, 13 bundles of detonation cord, and 4 bags of ammonium nitrate.

He pointed out that the seized explosive is similar to what had been captured in the investigation of the attempt to kill Prime Minister Hamdok earlier this year.

The SRF official said they are actively working to dismantle the cells working in the illegal explosives trade, stressing it represents a danger for the national security.

Jumaa asked about how the explosives owned by the armed forces and the specialized companies fell in the hands of dealers, urging more control on the circulation of these explosives which can be used to carry out sabotage operations.

It is worth noting that Sudanese authorities authorize companies operating in mining to obtain large quantities of explosives after fulfilling several conditions.