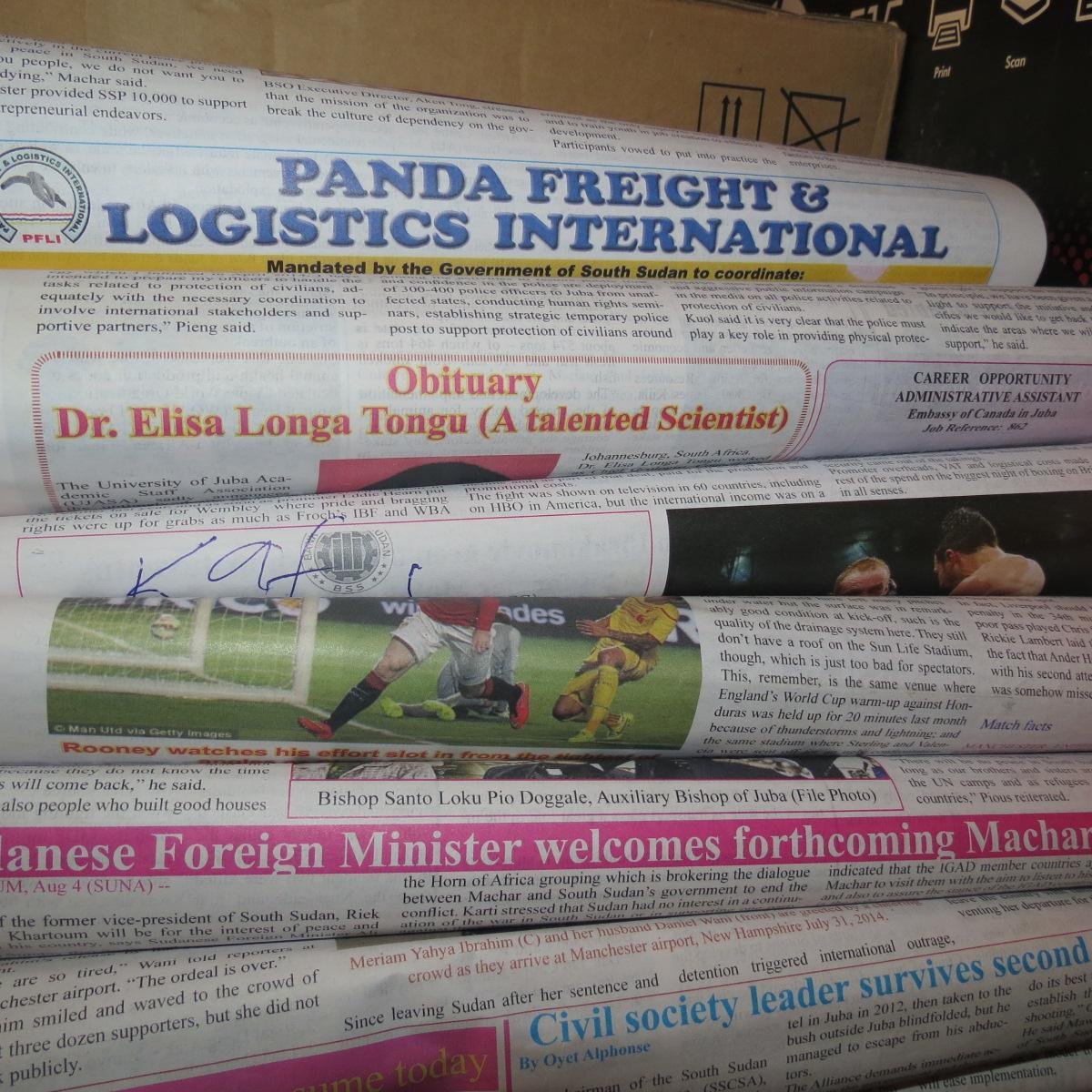 Security Authorities in South Sudan have on Saturday issued a directive shutting down an independent English newspaper, hours before arresting its founding editor.

Alfred Taban, the Editor in Chief of the Juba Monitor, was arrested after having received several telephone calls from security service to report their headquarters in Jebel.

“I am now on the way to them. They called the associate editor and also my number but I could not hear because I had placed the telephone on silence, when I was in the prayer services in the church. They called Ann Nimiriano and they told her they were looking for her and me,” Taban toldSudan Tribune when reached to know why the security services were looking for him.

The Associate Editor ,Ann Nimiriano Nunu, confirmed in a separate interview when reached on Saturday on the same matter that she received several calls from the security looking for Alfred and herself.

“I went with him (Alfred) to the headquarters of the security because they asked us to go, so we went. they called several times when Alfred was in the church”, Nunu told Sudan Tribune on Saturday .

“He was arrested in my presence”, she added.

Nunu said security services were reacting to Taban’s call for resignation of President Salva Kiir and the First Vice President, Riek Machar in his “Let Us Speak Out” column, published on Friday’s edition about the situation in the country.

Alfred, said he, is convinced that Kiir and Machar would never work together in uniting the country.

“They have ordered the closure of the paper”, she added.

“So we are not coming out tomorrow and we don’t know when they will allow us to operate again,” she said. (ST)