Home frontpage SAP to Train Over 150,000 Youth All Over Africa 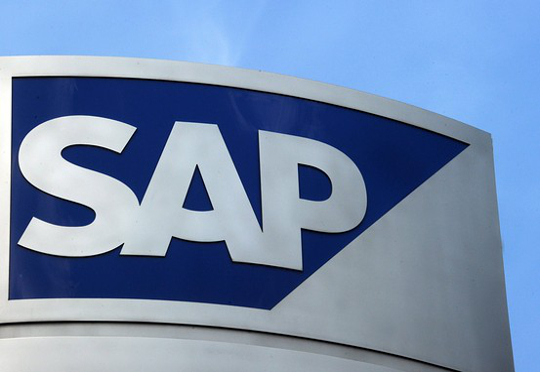 NAIROBI (HAN) May 12.2016. Public Diplomacy & Regional Security News. SAP has revealed that it will train more than 150,000 youth in 30 African countries this year to foster digital literacy and equip the continent’s rising generation with job-relevant digital skills. SAP’s Africa Code Week 2016 will run from October 15 – 23, 2016, with thousands of free coding workshops and online trainings offered to children and youth aged 8 to 24.

“Today literacy should go beyond just knowing how to read and write, even beyond digital literacy- knowing how to use computers. Basic literacy for the next generation should be about coding,’ commented Jean Philbert Nsengimana, The Minister of Youth and ICT of the government of Rwanda.

The Africa Code Week 2016 kickoff coincides with The World Economic Forum (WEF) on Africa in Kigali, Rwanda, on May 10 – 12*.

The World Economic Forum estimates that Africa’s growth will be just below 5% this year as the global economy continues to suffer. The continent has the fastest growing digital consumer market and the largest working-age population in the world. At the same time, African companies are scrambling to fill positions with employees who possess the right digital skills. Only one percent of African children leave school with basic coding skills.

Africa Code Week 2016 workshops for younger aged groups (8-11, 12-17) will be based on Scratch, a learning platform developed by the MIT Media Lab to simplify coding. Students will learn coding basics and program their own animations, quizzes, and games. Ages 18 and 24 will be taught Introduction to Web Technologies (HTML, CSS, Javascript, PHP, SQL), a workshop that will give them a basic understanding of typical website architecture while teaching them how to create a fully operational, mobile-friendly website.

“Digital literacy is the currency of the digital economy. Africa Code Week is a powerful way to spread digital literacy across the continent and contribute towards building the skilled workforce needed for Africa’s sustainable growth. SAP is proud to spearhead such a meaningful initiative in partnership with more than 100 local and international organizations from the public and private sector,” commented Brett Parker, Managing Director SAP Africa.

Critical to the success of the program is the training of thousands of teachers, parents and educators across the 30 African countries. Between the kick-off today and the start of Africa Code Week 2016 in October, SAP will conduct thousands of train-the-trainer sessions to help prepare them for the initiative. In addition, access to OpenSAP online courses enables further scale and impact.

2015 hugely surpassed expected participation Africa Code Week – the largest digital literacy initiative ever organized on the African continent – was launched by SAP and partners in 2015 with the goal of training 20,000 young people across 17 African countries. That goal was surpassed with an impressive 89,000 youth introduced to coding by 1,500 trained trainers across 17 countries in 10 days. Africa Code Week received a C4F award (category: ‘Education of the Future’) from the World Communications Forum in Davos on March 8, 2016.

Africa Code Week, addressing primary and secondary students, is part of SAP’s effort to bridge the digital skills gap and drive sustainable growth in Africa. The company invests in a full cycle of skills support for young people in Africa, including SAP Skills for Africa which gives recent university graduates the business and IT skills needed to be ready to enter the workforce.