The replacements have a green battery indicator that separates it from the earlier version. The new models will also come with three software changes to the status bar, display screen and the power off prompt screen. Samsung recalled Note 7 on September 2 after admitting that some the devices had caught fire while they were being charged owing to faulty batteries. Over 2 million phones equipped with the suspect batteries were sold. 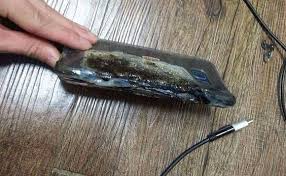 The company is now trying to salvage sales in key markets, especially during the busy shopping season.