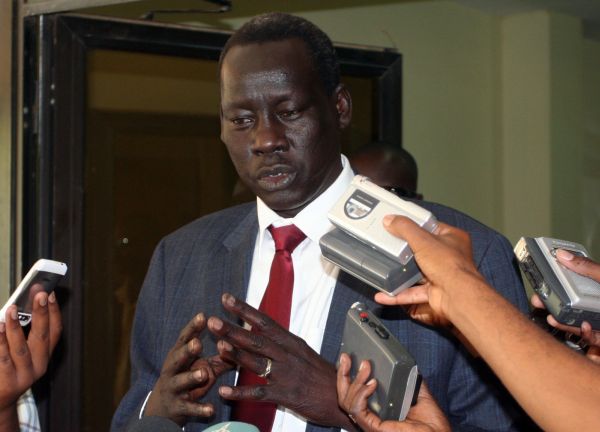 Minister Alor, according to the official spokesperson of the foreign affairs ministry, met the outgoing Chinese Ambassador to South Sudan, Ma Qiang and bid a farewell to the diplomat on Tuesday.

“[The] Chinese Ambassador on behalf of his government invited Hon. Minister Alor to head a delegation from South Sudan to visit china on 27th July 2016 for some political consultations with Chinese leadership and to sign a cooperation agreement with China on Developmental projects and political Affairs between the two Countries,” it added.

This will be the minister’s first trip to Beijing since formation of South Sudan’s Transitional Government of National Unity in April this year.

The ministry did not, however, give details on the political and development projects to be signed in the cooperation agreement.

China’s economic engagement with South Sudan is growing rapidly since the East African nation got its independence in 2011.

According to the Chinese and South Sudanese official statistics, around 100 to 140 Chinese enterprises currently operate in South Sudan. Since 2008, South Sudan and China have reportedly concluded agreements worth about $10 billion with South Sudan government, and the latter through official channels, has expressed willingness to have Beijing’s support for projects worth $ 8 billion.