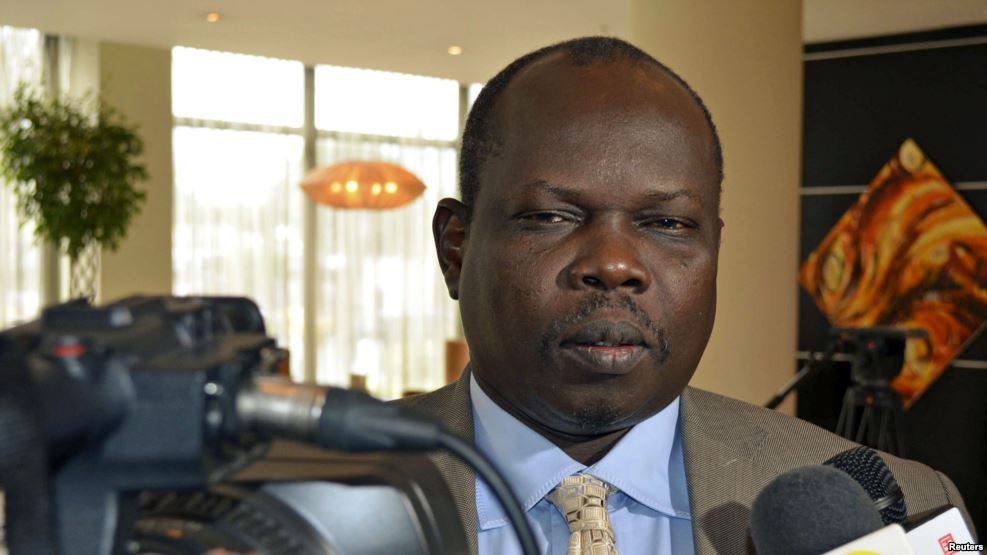 JUBA (HAN) September 8.2016. Public Diplomacy & Regional Security News.  South Sudanese former minister for peace and ex-Secretary General of the ruling party, the Sudan People’s Liberation Movement (SPLM), has called on the United Nations Security Council (UNSC) to prepare for Plan B as President Salva Kiir’s government appears to renege on this week’s agreement on deployment of regional troops to the country.

UN Security Council’s members visited the South Sudanese capital, Juba, from Thursday last week and agreed with the government on the deployment of 4,000 strong peacekeepers from the region. The troops would provide protection to civilians, humanitarian aid workers as well as vital installations of the government.

Upon departure of the UN officials, the government came out with a contradicting statement, saying it only “consented” to but not “accepted” the 4,000 number.

The government also said it was yet to agree on the number of the troops to be deployed, the type of weapons they will carry and to also decide from which countries the troops will be contributed.

Former SPLM Secretary General, Pagan Amum, who is currently residing in the United States, however said to consent and to accept meant the same thing, adding that the “regime” was instead “embarrassing” itself by playing with the words.

“The Regime’s spokesperson [Michael Makuei Lueth] engaged in obscure semantics, claiming the government “consented” to the deployment of the Regional Protection Force, but did not “accept” its deployment. In a classic rope-a-dope the government embarrassed itself by stating the long accepted number of troops, 4,000, was only a “ceiling” and that the number could be as low as 10,” Amum said in a statement released on Wednesday.

“The Kiir spokesperson also said his government had to approve the type of arms the troops were carrying, the countries they would come from and a range of other issues already long settled. To the Kiir Conspiracy, the hard and fast September 15 deadline for agreement set by the Secretary General of the United Nations, will be nothing but a routine bell ringing, signaling the end of an early round in a lengthy and indecisive match,” the statement, extended to Sudan Tribune, further reads.

Meanwhile, Kiir and his “palace guards” continue to systematically loot South Sudan, he argued, the same people are causing the armed conflict in the country to continue and then sending “ill prepared and poorly led troops out to kill or be killed for no defendable cause.”

He said the UN Security Council should not waste time to play the games with the government, but to prepare for Plan B.

“The Security Council’s Plan A appeared seriously threatened even before the delegation’s plane had cleared South Sudanese air space. They cannot be blamed for trying. However, trying too long plays into the hands of Kiir’s rope-a-dope strategy,” Amum said.

“September 15 must be the deadline for the Government of South Sudan’s unconditional acceptance of the 4,000 troops. Otherwise, for the sake of the people of South Sudan, IGAD-Plus, AU and the UNSC will have to prepare quickly for Plan B,” he said. (ST)