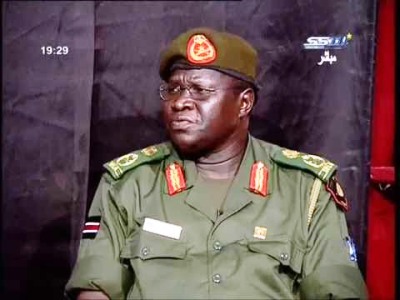 Riak, in a letter to Governor Chol Thon Balok, terminated services of all government employees and transferred them from Eastern Nile state to Western Nile and Latjoor states.

“H.E the President of the Republic of South Sudan has directed that the divisive and destruction order by your office on the 1st February 2016 should be stopped immediately, because it is creating more social rift,” partly reads the 14 March letter.

Last month, lawmakers from Latjoor, one of the new states curved out from Upper Nile state when President Kiir unilaterally issued an order creating 28 states, condemned an attack on civilians at a United Nations protection of civilian camp in Malakal, Upper Nile.

The lawmakers held responsible the Eastern Nile state governor for allegedly masterminding the attack in which at least 18 people were killed in the UN protection camp, while up to 90 others sustained injuries.

The parliamentarians said they were deeply saddened by what they described as “barbaric killing” of innocent unarmed civilians inside UN mission’s protection site which occurred on 17 and 18 February.

The violence pitted members of the Dinka and Shilluk, but later on involved members of Nuer tribe when some of their members were allegedly killed by armed Dinka youth.

“We therefore, strongly condemn this horrific incident in strongest terms possible. We also would like to convey our heartfelt condolences to the families of victims from Nuer, and any other communities in Malakal UNMISS camp who were affected by this senseless fight. We strongly believe that Governor Chol Thon, the Governor of Eastern Nile State is behind this tragic incident,” said the MPs.

According to eyewitnesses, those who attacked civilians at the UN camp were dressed in uniforms of the South Sudanese army (SPLA).

Governor Thon, the MPs said, refused to cooperate with the governors of Latjoor and Western Nile states since their appointments.

“We believe that his activities are a clear insubordination to the President’s order, because Governor Chol Thon has refused to visit former Upper Nile State capital – Malakal with other two States Governors namely, Latjoor and Western Nile,” the MPs noted.

The lawmaker urged government and the UN to urgently form a high level of investigation team and dispatch to Malakal for a fact-finding mission and bring the culprits to book.