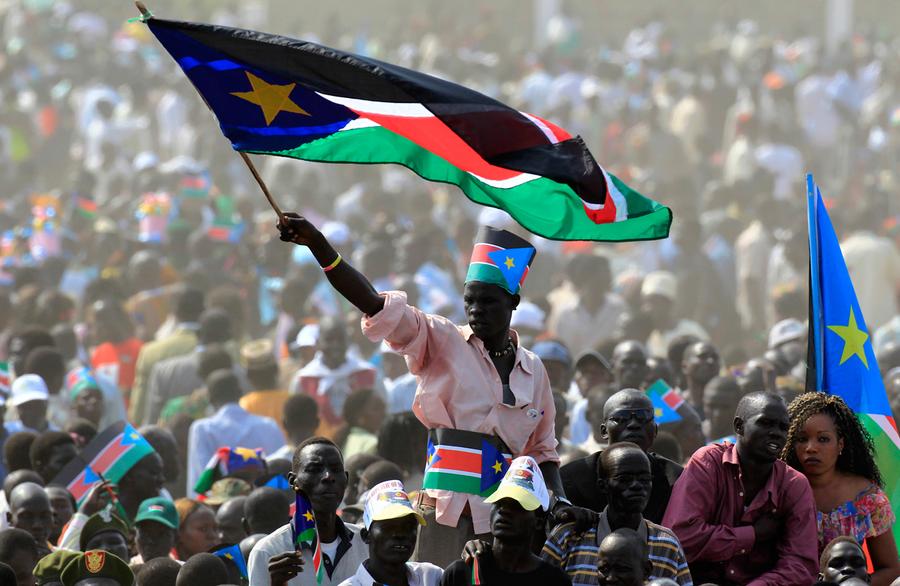 JUBA (HAN) June 25.2016. Public Diplomacy & Regional Security News. South Sudan has announced not to celebrate its Independence Day this year due to economic crisis which has prevented preparations as there is no money to do so.

The 5-year old world’s youngest nation used to commemorate the day every year on 9 July when it gained its independence from the neighbouring Sudan. This will be the first time the nation will fail to celebrate its independence due to shortage of money.

The cabinet on Friday in its sitting chaired by President Salva Kiir passed a resolution, cancelling the celebrations this year.

Information and broadcasting minister, Michael Makuei Lueth, in a televised statement he issued to reporters shortly after the council of ministers meeting revealed that the country could not afford to pay for the expensive celebratory event which used to spend millions of South Sudanese pounds across the country.

He said the day will only be observed in silence, adding that the President will however issue a statement on that day, reminding the nation about its independence.

Lueth however added that those who will afford to do their celebrations in their own way can do so.

He also said the cabinet resolved to suspend the plan to buy vehicles for the newly appointed ministers, blaming the decision also on the economic crisis.

The official spokesperson of the government further said former ministers who were relieved during the formation of the transitional government of national unity in late April should vacate houses in which they had been accommodated so that the new ministers will be accommodated in them.

The measures came as economic situation seems to further deteriorate, with senior bank officials warning that the remaining currency reserve in the central bank may last for only one month.