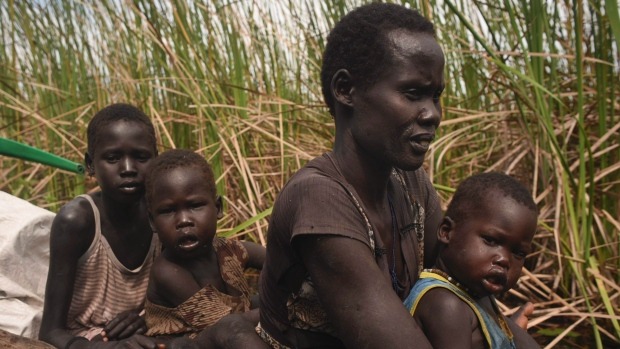 JUBA (HAN) December 15, 2015 – Public Diplomacy and Regional Stability Initiatives News. People in South Sudan’s Unity State are being subjected to murder, rape and kidnapping with little protection from the thousands of UN peacekeepers there, the Guardian reports, citing Doctors Without Borders.

The United Nations mission to South Sudan hasn’t offered any protection to civilians in the state, with thousands of people fleeing north to protection sites in the town of Bentiu, the Guardian quoted Pete Buth, deputy operations director of Médecins Sans Frontières (MSF) Holland, as saying. MSF is the French name of Doctors Without Borders. Unity is an oil-producing area and a key battleground in the country’s civil war that began in December 2013.

People who flee to protection sites in Bentiu have been telling their stories. “It’s not like this is a secret,” Buth said. “They talk about the most horrendous incidents of sexual violence, and I’m sure we’re only seeing the tip of the iceberg.” In May, the Guardian said on its website that pro-government forces killed as many as 129 children in the state over three weeks. “Survivors said boys were castrated and left to bleed to death, girls as young as eight were gang raped and others were thrown alive into burning buildings,” it reported.

A spokeswoman for the UN mission said it shared concerns about what’s happening to civilians, but she stressed that protecting civilians “is primarily the responsibility of the host government,” the Guardian reported.

She rejected MSF’s characterization of the mission’s work as “a complete and utter protection failure.” MSF operates 18 health-care projects in South Sudan, including in Bentiu. “The humanitarian situation has continued to worsen,” MSF says on its website. “In southern Unity, the most urgent humanitarian needs are food assistance and nutrition support. In November and December, MSF mobile clinics to Leer and Mayendit counties (with an approximate population of 35,000) encountered high levels of malnutrition.” MSF has been forced out of the area twice in 2015, most recently after its compound was looted in October. The organization have since returned there. Source: cbcnews