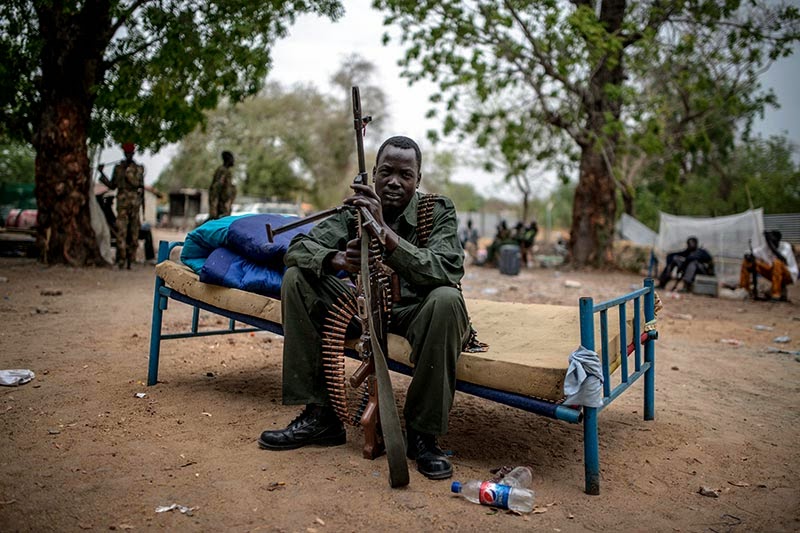 JUBA (HAN) September 27.2016. Public Diplomacy & Regional Security News. South Sudan government has started soliciting for support from countries in the region not to host and provide military support to a rebel groups with ambitions to oust the Juba regime through unconstitutional means.

The presidential advisor on security affairs disclosed that officials from the world’s youngest nation have approached regional leaders, particularly countries with interest in the country, over the matter.

According to the official, South Sudan is now appealing to countries within the region immediately expel rebel groups within its territories.

“They [should] really try their best to discourage such people and convince them to join peace”, stressed the presidential advisor.

Gatluak is the first senior government official to react to a report in which the leadership of armed opposition under the ousted first vice president and leader, Riek Machar, announced resumption of armed struggle after holding a consultative meeting in Khartoum.

Machar, who is currently in Khartoum after fleeing Juba on July 11, has been denied asylum in Ethiopia where he had hoped to take refuge after completing treatment from a Khartoum-based hospital.

Last week, the Ethiopian Prime Minister, Hailemariam Desalegn, told reporters on the sidelines of the United Nations General Assembly meeting in New York, that Addis Ababa “does not need someone who is leading an armed struggle on its soil.”

Ethiopia, after the civil war broke out in Juba in December 2013, played an important role in mediating peace to end conflict in South Sudan and also hosted Machar for most of the two-and-a-half years of the peace negotiations led by the regional bloc (IGAD). However, Addis Ababa is now bowing to pressure from Juba and the dynamics of the deployment of the UN-backed regional protection force.

Ethiopia was supposed to provide the bulk of the 4,000 troops and this was going to complicate their participation, if the country gives asylum to Machar, who is still determined to wage armed struggle.

Machar is also experiencing difficulties with his political activities in Sudan after authorities stopped him from holding a press conference in Khartoum following a week-long leadership meeting that explored the ongoing political crisis in South Sudan.

Sudan’s information minister, Ahmed Bilal Osman said Machar was in Khartoum for treatment and would not be permitted to conduct political activities.

He, however, said Khartoum was waiting for the implementation of the security arrangements so that Machar returns to South Sudan.

Machar vowed he would only to return to the South Sudanese capital, after the deployment of the regional protection force, which Juba appears to be reluctant to accept as a boost to the 12,000-strong UN peacekeeping force in the young nation.

According to a UN Security Council resolution, the protection force is supposed to act as a buffer between President Kiir’s soldiers and those of Machar as well as secure humanitarian supply lines and key installations.