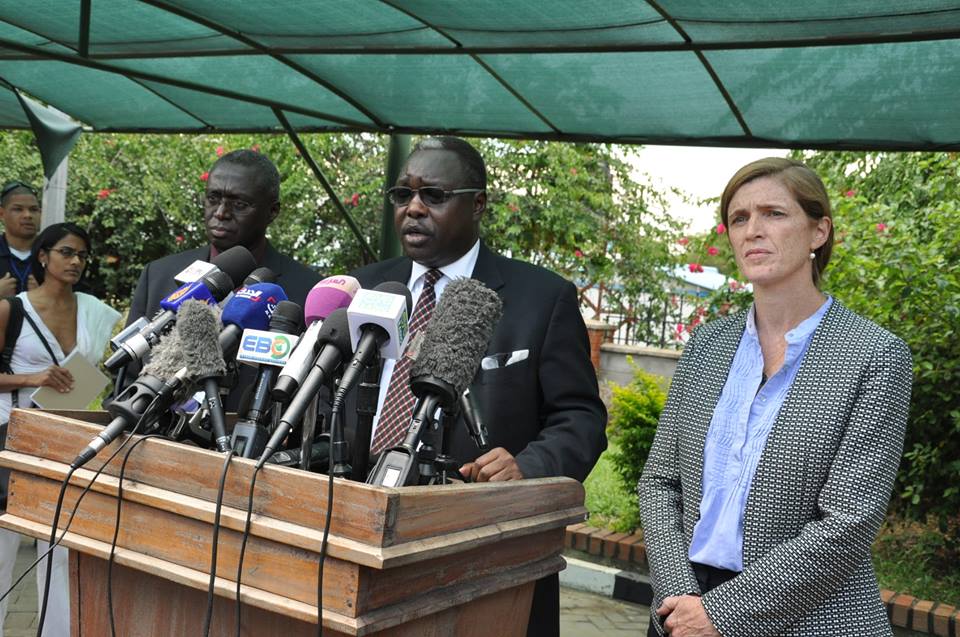 The UN official had requested clarification on various press reports, which cited senior government officials saying government had changed its position on the deployment of the protection force.

Lomoro said government’s position was in line with the relevant Security Council resolutions that government would continue to facilitate the deployment of the regional force.

The Security Council, in its Resolution 2304, decided that UNMISS force levels be increased to a ceiling of 17,000 troops, including 4,000 for a regional protection force. UNMISS also confirmed that in preparation for the arrival of the protection force, it continues to be engaged in discussions with the Transitional Government of National Unity as to the various modalities for the new force, including where they will be deployed in Juba.

In an interview with Sudan Tribune, the presidential advisor on security affairs, questioned whether it was still necessity to send regional protection forces.

The cantonment sites for SPLA-IO forces have been agreed and directives have been given for them to move into these area. Everything is moving well”, he added.

“We acknowledge that there are problems in South Sudan and it is our duty as government to resolve these challenges,” Juuk told a gathering held in Juba.

He accused the U.N of compiling reports from individuals in order to justify calls for the deployment of the regional protection force to back up other voices.