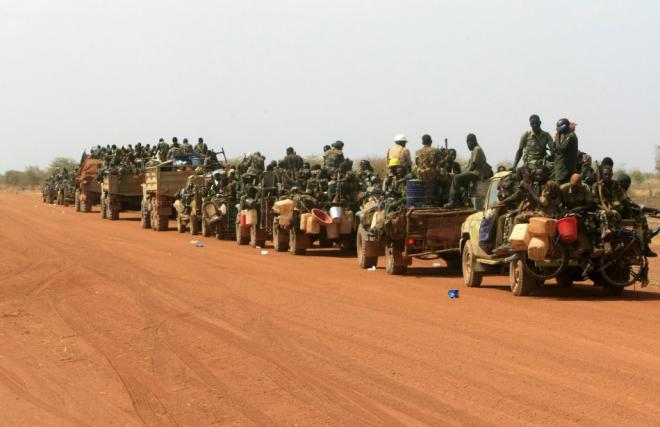 His first target is the armed opposition group led by his former first deputy, Riek Machar, which his new deputy, Taban Deng, agreed to start integrating immediately into the national army and finish the process within the next 12 months.

“There will be one national army by first May 2017,” said President Kiir in a prepared speech, copy of which Sudan Tribune has obtained on Monday.

President Kiir also argued that the idea of two armies under separate commands in one country has proven to be disastrous.

“The unnatural reality of one country and two armies coexisting side by side is dysfunctional and already proven to be disastrous, as we witnessed during July’s tragic events,” he said, while referring to the recent clashes at his Presidential Palace on 8 July and the subsequent fighting that followed.

The head of state revealed that he had instructed his chief of general staff, Paul Malong Awan, to start the process which he expects to be completed by May 2017.

“Last week, I instructed the chief of general staff to start the process. Matters of recruitment, training, promotion, command and missions will be professionally determined and based on merits, not according to ethnic and political affiliations. We are one nation. Our military is our defence force,” he explained in a speech to members of transitional legislative assembly.

The process of reforms, he added, will get into effect by January 2017.

“We will introduce broad reforms on how the military is structured and function. This reform process will go into effect by January 2017.”

The unified army, according to senior security officials, will be stationed in barracks outside civilians inhabited towns and other urban centers with high population density.

However, Machar is still commanding the SPLA-IO, making it difficult for President Kiir and his new first deputy, Gai, to realize the integration process of the opposition forces across the country. (ST)