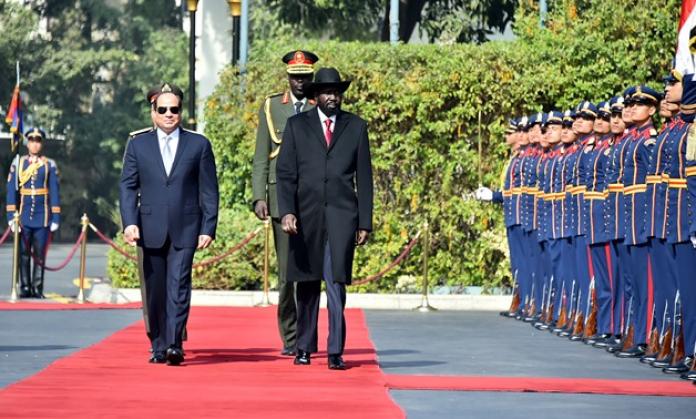 Share on Facebook
Tweet on Twitter
As part of consolidating Egypt-Africa relations and following up on regional developments, a number of assistants to the Foreign Minister has made a tour of the Horn of Africa and East Africa regions including South Sudan, Djibouti, and Kenya, according to a statement from the Egyptian Foreign Ministry on Friday.
The tour was announced one day after Ethiopian Minister of Water, Irrigation and Energy Seleshi Bekele stated that Grand Ethiopian Renaissance Dam (GERD) will start the first round of power generation in June 2021 amid rejection by the other Nile downstream countries [Egypt and Sudan].
The delegation includes Assistant Foreign Minister for African Affairs, Ambassador Sherif Issa, and Assistant Foreign Minister for Sudan and South Sudan Affairs, Ambassador Osama Shaltout, the statement added.
“The Egyptian side affirmed that it follows up these developments, and stressed the importance of preserving peace and stability in this region, noting in this regard Egypt’s keenness on its stability, and Egypt’s full support for all efforts aimed at bolstering peace and security in this region which represents a pillar of regional and continental security,” the statement read.
The meetings also tackled means to support and promote bilateral ties with these countries in various fields, in addition to following up on bilateral cooperation programs.
A day following the tour, President Abdel Fattah El Sisi headed to South Sudanese capital Juba to meet with counterpart Salva Kiir.
Presidency Spokesperson Ambassador Bassam Rady pointed out that Sisi’s first visit to South Sudan is aimed at discussing joint cooperation between both countries, and ways of strengthening bilateral relations, particularly on the economic and developmental levels.
Both leaders will also confer over key political developments in the region and Africa.