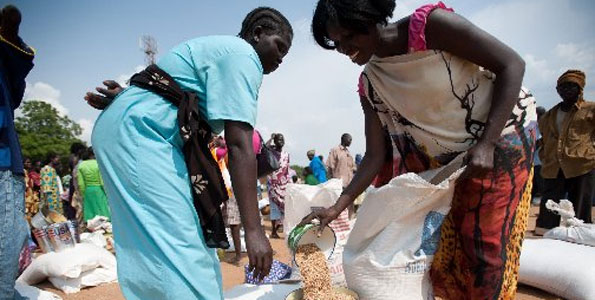 The Non-Governmental Organisations (NGO) Bill, passed by parliament on Wednesday, means no more than a fifth of aid workers can be from abroad, a level many humanitarians believe is simply not viable.

Aid agencies must “ensure that not less than 80 per cent of the employees are South Sudanese nationals at all managerial, middle and junior levels,” the Bill read, according to a copy seen by AFP Thursday. It must still be signed by the president to pass into law.

Aid workers contacted by AFP asked not to be named following the Bill.

They said there was also concern at a clause making the issuing of a “false statement” about the Bill punishable by up to three years in prison, as well as a possible 50,000 South Sudan pound fine, over $2,000 or 1,790 euros at current rates.

Aid agencies already employ large numbers of South Sudanese — often far higher than the 80 per cent level now required — but not at senior levels or among technical specialists.

Civil war began in December 2013 when President Salva Kiir accused his former deputy Riek Machar of planning a coup, setting off a cycle of retaliatory killings that have split the poverty-stricken, landlocked country along ethnic lines.

Tens of thousands have died in two years of war, more than 2.3 million people have been driven from their homes and 3.9 million South Sudanese face severe food shortages.

East Africa’s IGAD bloc last week called on rival forces to allow food into conflict zones on the brink of famine, where aid workers have warned tens of thousands may be dying of starvation.

United Nations aid agencies, as well as the International Committee of the Red Cross, are exempt from the Bill.

A similar Bill was passed in May 2015, but was later sent back to parliament.

Foreign agencies often provide the only source of healthcare for vast areas of the country.

At least 34 aid workers have been killed since the war began, and have repeatedly complained of harassment, surveillance and threats of expulsion.

As part of that peace deal, warring sides agreed to support an “enabling” environment for aid agencies.

It also stated that the NGO Bill should have been submitted to “a process of public consultation, to ensure that such legislation complies with international best practice.”

Opposition MP Onyoti Adigo said lawmakers should have therefore waited until rebel lawmakers and a unity government had been formed to debate the Bill.

“Being in hurry to pass it… that means you have no interest in the implementation of the peace agreement,” Adigo told Juba’s Eye Radio.

Oil dollars once accounted for over 90 per cent of government revenue, but shutdowns caused by war and slumps in global oil prices have seen that rapidly dry up.

Sudan and South Sudan’s oil ministers this week agreed in principle a new oil pipeline deal, after prices fell so low Juba lost money on every barrel – since transport fees exceeded the oil itself.