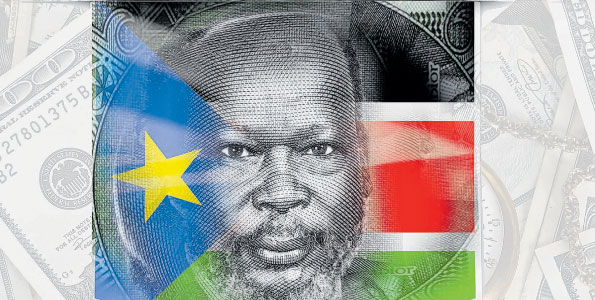 Under the EAC Monetary Union, member states must adhere to the convergence criteria spelt out in Article 5 of the Monetary Union protocol. The criteria touch on monetary and exchange rate policies, inflation, taxation, deficits and regulation of financial systems.

South Sudan has three years to work on the legal procedures to meet the obligations of the Community Treaty, and bring under control the currency devaluation that has affected companies’ bottom line.

Last year, foreign companies lost more than $136 million due to the 84 per cent devaluation of the currency in December. The loss is expected to be the same or even worse into the year as the South Sudanese pound has further lost its value by 72 per cent, moving from the 18.5 units to the dollar in December to 32 units to the dollar at the end of January this year.

CFC Stanbic, which has operations in Juba, booked a $70 million loss also attributed to the devaluation that saw its net profit dip by 14 per cent.

“The South Sudan environment continues to deteriorate portending a challenge to not only us but firms within this market. We saw our balance sheet move from $80 million in 2014 to $10 million last year after the devaluation in December,” CfC Stanbic Bank chief executive Philip Odera said.

“We will now be rebasing our operations from South Sudan because the market fundamentals have changed with a lot of currency pressure,” Mr Ireland said.

Early this year, SABMiller said it will close South Sudan’s only beer factory by the end of this month due to an acute shortage of foreign currency.