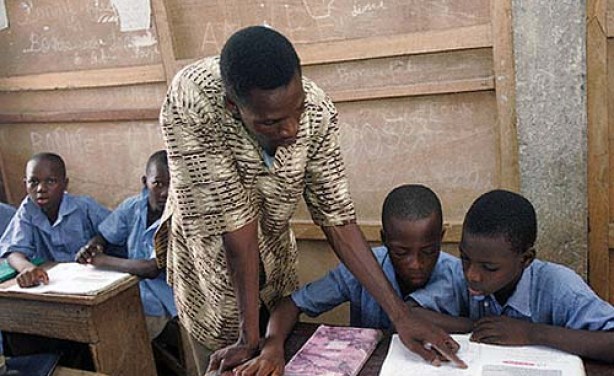 JUBA (HAN) February 7, 2016 – Public Diplomacy and Regional Stability Initiatives News. South Sudan’s education minister, John Gai is in Zimbabwe to plans to hiring of hundreds of its teachers and nurses to work in the young nation.

The Zimbabwean Chronicle newspaper reported recently that Juba intends to hire 20,000 Zimbabwean graduates to work at internationally-paid rates equivalent to those given to United Nations staff.

South Sudanese officials also admitted they were in discussions to bring Zimbabweans.

“It is true that discussions are underway between The republic of South Sudan and Zimbabwe to bring technical experts particularly teachers and nurse,” a ministry of education official, who preferred anonymity, told Sudan Tribune Saturday.

Arrangements, foreign affairs officials hinted, are already at advanced stages and could be finalised with the education minister’s visit to the Zimbabwean capital on Saturday.

South Sudan sent 200 students to various universities in Zimbabwe in 2015 on scholarships extended by Harare, though the terms of the scholarship remain opaque.

Several South Sudanese expressed anger over social media on plans to hire foreign nationals in a country where hundreds of thousands of unemployed graduates exist.

“If government hires 20,000 foreigners and brings here to juba, I will lead a strike,” said one user.

“As you know, we [South Sudan] has one of the highest maternal mortality in the world,” Marial told Zimbabwe’s Voice of America radio program, which was broadcast on Friday.

Minister Marial did not say how many Zimbabwean nationals are being hired to work in South Sudan. There are about 200 qualified nurse in the country and most hospitals lack electricity and running water, making health services among one of the world worse.

South Sudan has thousands of teachers, but most of them have quit teaching due to low pay.

A South Sudanese embassy official in Zimbabwe told Sudan Tribune the education minister and his Zimbabwean counterpart meet next week over transfering to Juba.

In July 2014, South Sudan and Zimbabwe agreed on a teaching exchange program, which education officials said, would largely benefit students in both countries.