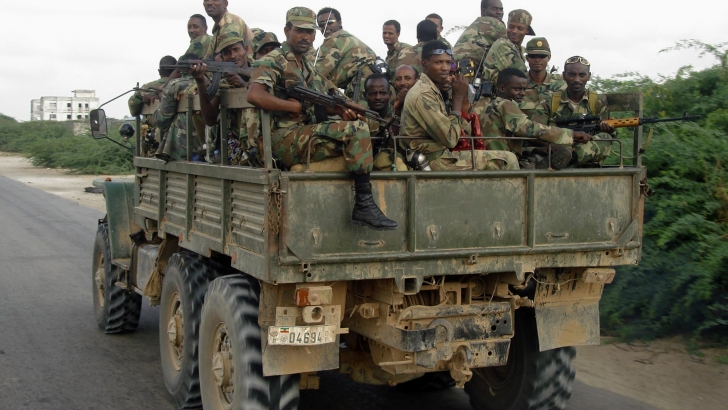 JUBA (HAN) April 21, 2016. Public Diplomacy & Regional Security News.South Sudanese government on Wednesday said they agreed to launch a joint military offensive to dislodge and bring to justice ethnic Murle militia fighters who crossed into Ethiopia last Friday and massacred over 200 civilians of the ethnic Nuer community who are citizens of the neighbouring Ethiopia.

In a press conference on Wednesday, Acting minister of foreign affairs and international cooperation, Peter Bashir Gbandi, revealed that preparations were underway for the joint military operations to free up to 108 children abducted by the ethnic Murle during the attacks.

About 13 villages of the ethnic Nuer of Jekou and Nyinenyang counties of Ethiopia were simultaneously attacked by thousands of heavily armed Murle fighters, killing 208 unarmed civilians, wounding 80 of them, abducting 108 kids and took away also with over 2,000 heads of cattle, according to the statement released by the Ethiopian Prime Minister, Hailemariam Desaleign.

Some of the attackers were wearing South Sudan army uniforms, but Ethiopia said both the government of President Salva Kiir and the armed opposition faction of Riek Machar, had no hand in the attacks.

The Ethiopian parliament on Tuesday declared a two-day mourning for the victims, starting on Wednesday and ending on Thursday. The parliament said the Ethiopian flag would be lowered half-mast throughout the country, in Ethiopian embassies around the world as well as on their ships sailing seas and oceans.

Prime Minister Desalegn called on President Salva Kiir to cooperate and allow the Ethiopian troops to cross into South Sudan’s Murle territories and hunt down the perpetrators and free the over 100 kids.

He also called on the government to have a joint military operation with the Ethiopian forces and pinpoint the locations of the perpetrators whom the Ethiopian premier described as “primitive and destructive force.”

He vowed to protect the Ethiopian citizens in Gambella region and to ensure that such a cross border attack will not occur again in the future.

The African Union also released a statement on Tuesday, condemning the attack on the Ethiopian ethnic Nuer community and expressed support for a military action to contain the marauding “criminals.”

Acting Foreign Minister, Gbandi, said the South Sudanese army chief of general staff, Paul Malong Awan, would travel to Ethiopia to finalize the deal on how to carry out the military operations into the Murle’s territory.

“These are criminals,” Gbandi said while referring to the Murle militia fighters.

He said the south Sudanese army will soon move into Murle areas to hunt the criminals and form a joint border force with the Ethiopian to prevent future occurrence of the recent massacre.

Ethiopia has announced that some of its forces had already moved to the South Sudanese border where they pursued the attackers and killed 60 of them.

The operations may involve the use of helicopter gunships.