Home frontpage S.Sudan: Coffee sector Gets a boost of $3M From USAID 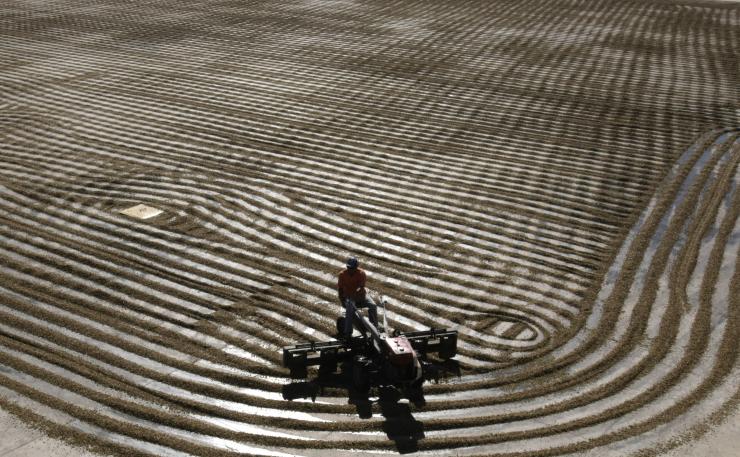 JUBA (HAN) May 2. 2016. Public Diplomacy & Regional Security News  .The U.S. aid arm (USAID) has earmarked $3.18 million over the next three years to train smallholder farmers in the coffee sector within South Sudan.

The funding, officials say, is part of a public-private partnership with Swiss coffee maker Nespresso and international development consultancy TechnoServe.

The introduction of coffee as South Sudan’s export commodity will reduce the nation’s dependency on oil resources, given the declining prices of crude oil in world markets.

In October last year, Nespresso reportedly shipped its first volumes of coffee production from South Sudan, marking the first non-oil exports to come out of the country in over a generation.

Since it started revive coffee production in the war-torn nation in 2011, around 1,000 smallholder farmers have reportedly been trained in agribusiness techniques and about three-quarters of them now commercially-engaged.

At least six coffee cooperatives have been established, in addition to having in place the first wet mill processing unit.

Farmers receive premium prices from Nespresso for their beans as part of a shared value strategy by the company to invest in farmer training in exchange for top dollar crops.

Ambrose Lokodi, a South Sudanese farmer, admits that involvement in coffee production would reduce farmers’ dependency on other crops.

“Poverty is reducing and most farmers have a better life. We advise everyone to plant coffee to uplift our nation,” he says.

According to Nespresso, the company’s investment of over US$ 2.5 million in reviving the production of high-quality South Sudanese coffee since 2011 demonstrates the potential for commercial coffee production in the country.

As part of the expansion of its sustainably quality program in African, however, Nespresso says its aim is to ensure it has invested over US$ 3.4 million in the project by end of 2016. The program focuses on improving yields and coffee quality through establishment of central wet mills and by providing training to farmers to improve agricultural practices.

“With this ambitious project, we wish to bring our consumers a new exceptional coffee experience, directly from the cradle of coffee,” said Nespresson’s Jean-Marc Duvoicin.

“The high quality Robusta we have found in South Sudan had truly unique aromas. South Sudan is the only place in the world where Arabica and Robusta grows,” he added.

Although South Sudan has vast and largely untapped natural resources, beyond a few oil enclaves, it remains relatively undeveloped, characterized by a subsistence economy. South Sudan is the most oil-dependent country in the world, with oil accounting for almost the totality of exports, and around 60% of its gross domestic product.

On current reserve estimates, oil production is expected to reduce steadily in future years and become negligible by 2035. According to the World Bank statistics, livelihoods in South Sudan are mainly concentrated in low productive, unpaid agriculture and pastoralists work, accounting for around 15% of the country’s Gross Domestic Product (GDP).