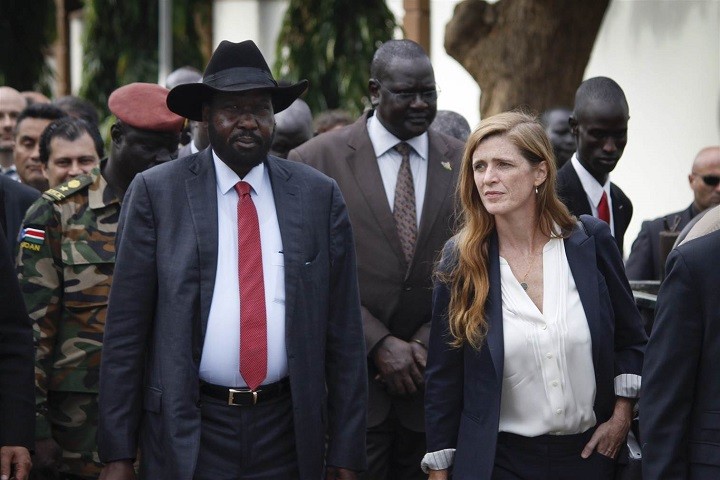 South Sudan government has, in a shift from its previous position, eventually accepted the deployment of regional troops authorized by the United Nations Security Council to protect Juba airport and other vital installations.

“The council [of ministers] instructs all government of agents, particularly the security organs to cooperate with UNMISS and UN Security Council for the quick deployment of troops to Juba as soon as possible,” he told reporters in Juba Friday.

The Security Council adopted resolution 2304 in August for 4,000 protection forces to be deployed in Juba alongside 12,000 UNMISS already in the country.

The new force, officials told Sudan Tribune, is mandated to pacify Juba, control ingress and egress routes and neutralize any force preparing to attack civilians or rival force that might derail the August 2015 peace accord, which ended its conflict.

The deployment of the troops, which has been opposed by the Juba government, is a key demand for the armed opposition led by former Vice President Riek Machar.

Machar fled Juba in July and reached the Sudanese capital, Khartoum in mid-August.

Lomuro said government will cooperate with the new UN force to implement the peace accord.

“We will work together with the UN to ensure that [UNSC] resolution 2304 and South Sudan-UN Security Council Communique of last month are fully implemented and all provisions observed,” he stressed.

Violence erupted between the South Sudanese army (SPLA), loyal to President Kiir, and the SPLA in Opposition, backing former first vice-president Machar. That led to deaths, displacement and several injuries, including those of several UN peacekeepers, and undermined the implementation of the peace agreement between the political rivals in August 2015, which had formally ended their rivalries.

In recent years, however, the Security Council threatened South Sudan with arms embargo after approving the deployment of a protection force in mid-August, if the South Sudanese government would not willingly accept the additional peacekeepers.