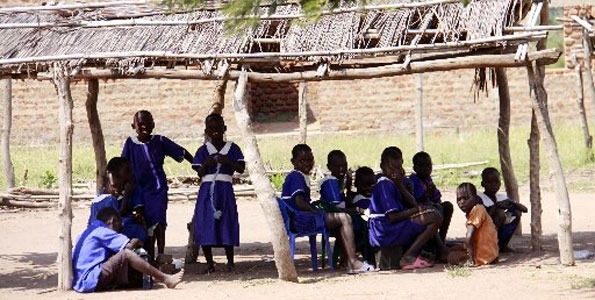 JUBA (HAN) February 16, 2016 – Public Diplomacy and Regional Stability Initiatives News. More than 1.8 million children and adolescents are out of school in South Sudan, Unicef has said.

The agency said in a report on Tuesday that the figure represented respectively, 43 per cent and 93 per cent of primary and secondary school age children.

Unicef further explained that the factors that held children from attending school were not only limited to the December 2013 conflict, but also mass poverty.

“South Sudan had some of the worst education indicators in the world, with only 69 per cent school enrolment rate and a dire 64 per cent primary completion rate,” the report reads.

The Unicef report comes at a time the South Sudan Education ministry was launching; The Back-to-Learning 2 campaign in the country.

The campaign is a collaboration between the Juba government and Unicef.

Unicef said the programme would target over half a million vulnerable children across South Sudan by providing learning opportunities for children currently not attending school either due to conflict or obstacles such as distance or family finances.

It hopes to build on the success of Phase 1 of the initiative, which in 2015 allowed more than 360,000 children to access education, according to the report.