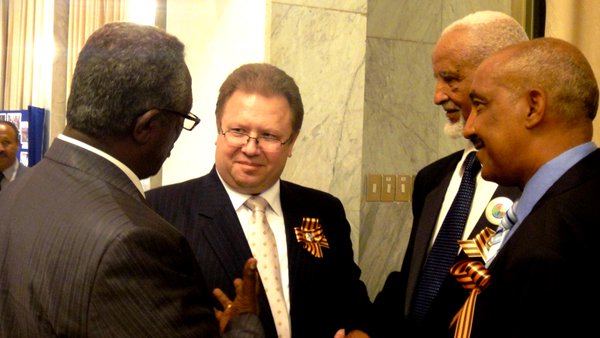 Addis Ababa (HAN) 28 April, 2017 – Public Diplomacy & Financial investment. Russian Ambassador to Ethiopia Vsevolod Tkachenko said Russian companies crave to invest in Ethiopia is increasing while eyeing the energy sector as a priority.
In an exclusive interview with The Ethiopian, Ambassador Tkachenko stated that Ethiopia’s rapid economic ascension lured Russian-based companies to do businesses here.
The ambassador said: “Our investors are keen on becoming part of the development in this country.”

The ambassador who mentioned as some Russian companies have already engaged in investments in Ethiopia also attested that the Joint Technical Commission has played an instrumental role in enhancing the two countries economic relations.