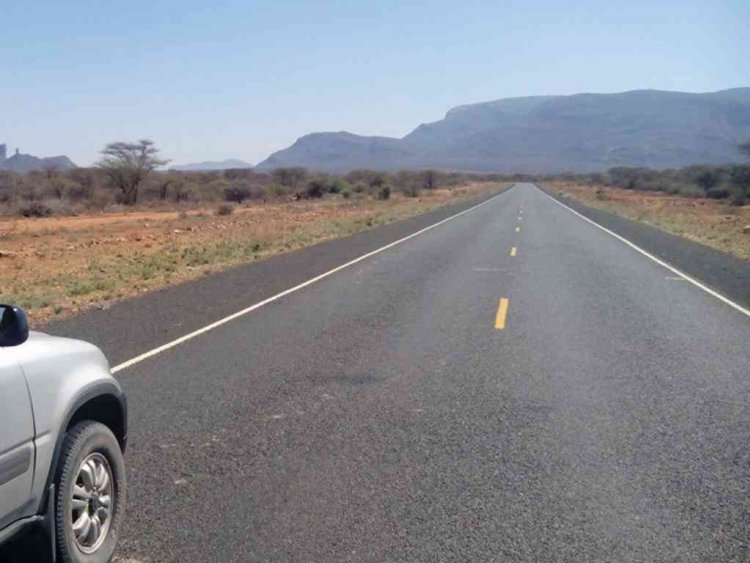 NAIROBI (HAN) February 10, 2016 – Public Diplomacy and Regional Stability Initiatives News. The construction of the 121km road from Merille to Marsabit and the 122km stretch from Turbi to Moyale will be completed in 6 months. The road connects Mombasa Port to Addis Ababa, Ethiopia.Transport Principal Secretary John Mosonik said this while inspecting Merille River to Marsabit road which is 77 per cent complete.

Mosonik also inspected the last inspection of the road from Turbi to Moyale; only 15km of the 122km road is yet to be tarmacked. He was accompanied by Kenya National Highways Authority director general Peter Mundinia. The larger 498km road project from Isiolo to Moyale was funded by the government, Africa Development Bank and the European Union. It is key to theLamu Port-South Sudan-Ethiopia-Transport (Lapsset) Corridor.