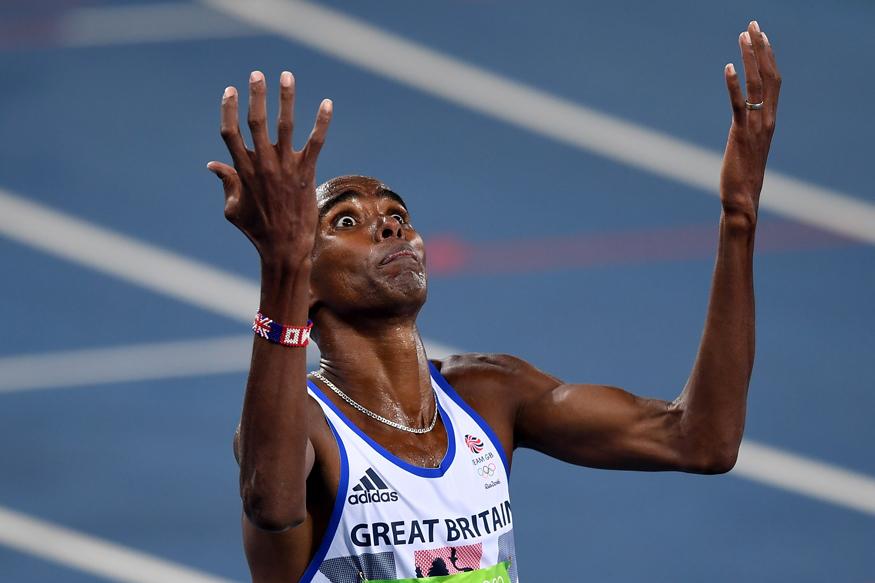 RIO DE JANEIRO (HAN) August 20.2016. Public Diplomacy & Regional Security News. By Martyn Herman. Just to prove it was no fluke four years ago on home soil, Mo Farah summoned his last reserves of energy to complete the Olympic distance double-double on Saturday and cement his place among the all-time greats of track and field athletics.

The Somali-born Briton burned away the opposition on the last lap of the Olympic 5,000m to follow up his 10,000m victory earlier in the week.

In repeating his heroics of 2012, when he established himself as a national treasure, Farah also became the first British track athlete to win four Olympic gold medals.

The 33-year-old was as humble as ever, however, after yet another textbook run by the athlete who also boasts consecutive 5,000m-10,000m doubles in the world championships.

“I can’t believe it. My legs were a bit tired after the 10k — I don’t now how I recovered. People were bringing me food in my hotel room,” he told reporters.

“It shows I didn’t just fluke it in London, to do it again is incredible. I just want to see my kids and hang this medal around their necks.”

Even before a beaming Farah had finished his lap of honour holding aloft a British flag, the great and good of the country’s track and field fraternity were heaping on the praise.

“Mo Farah, for services to athletics deserves to be Sir Mo Farah. He is, for me, the greatest British athlete,” BBC pundit Brendan Foster, who won 10,000m bronze in 1976, said.

“He controlled that race tonight. We will never see anyone like him again.”

While Farah made it look easy on Saturday, he admitted to fatigue in the build-up after recovering from a fall in the 10,000m final and getting clipped in the heats of the 5,000.

It should have been a chance for his rivals to hunt him down but once again he proved that whatever strategy they put in place he had the answers, producing a devastating 52-second final lap.

“They had a plan, they wanted to take the sting out of me but when I hit the front, I wasn’t letting anyone past me,” said Farah, who behind the nice guy exterior is a ruthless track warrior. “I hate to lose. Even in school I hated losing. “I have that drive, it is just me.” (Editing by Ed Osmond)