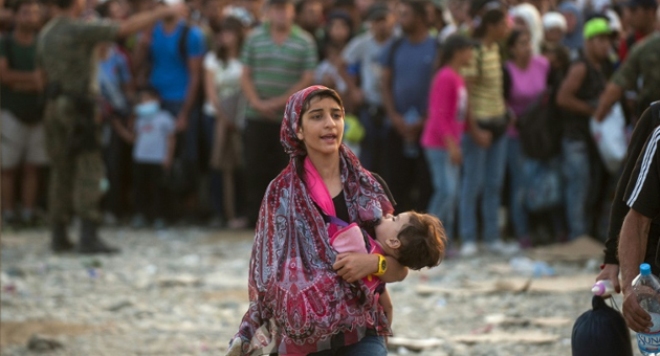 Washington (HAN) April 11. 2016. Public Diplomacy & Regional Security News.The next United Nations secretary general must commit to a new global deal for refugees and to end the death penalty during his or her tenure, the world’s leading human rights groups said Monday.

Amnesty International, Human Rights Watch and four other groups also said the next UN chief should be prepared to invoke the UN charter to prevent and end mass atrocities such as targeting civilians in wars.
The eight point agenda by the rights groups was released just as candidates to succeed Ban Ki-moon prepare to address the UN General Assembly to lay out their vision and answer questions, a first in the UN’s 70-year history.

“Candidates to lead the United Nations have to stand up for human rights, starting now. They should not fear a backlash for doing so,” said Salil Shetty, who heads Amnesty International.

With Europe facing its worst refugee crisis since World War II, the next UN chief must deliver on a new deal for refugees and migrants that includes burden-sharing for resettlement, the groups said.

The rights activists called for a full review of the bodies that manage international migration.

The six rights groups urged candidates to promise to work towards abolishing the death penalty during their term after a recent Amnesty report showed that executions worldwide were on the rise.

The surge was largely fueled by Iran, Pakistan and Saudi Arabia, but China and the United States also resort to the death penalty.
The groups urged the candidates to speak out in favor of defending civil society, fighting discrimination, ensuring gender equality and combating impunity by strengthening the International Criminal Court.

The new secretary general must also be willing to stand up to big powers at the Security Council to discourage them from using their veto power to block action to end atrocities, they said.

Rights activists point to the failure by the Security Council in 2014 to refer Syria to the International Criminal Court for war crimes prosecutions as a particular low point in UN diplomacy.

The measure was blocked by Russia and China, which have veto power.

The six groups called for “bold and transformative steps to improve the respect for human rights worldwide, leaving no-one behind.”

The appeal came as the United Nations is reeling from a wave of sexual abuse allegations blamed on UN peacekeepers serving in missions in Africa.

The eight candidates will go to the podium beginning Tuesday for two-hour sessions that diplomats say are shaping up as a first test of their skills for the top job.

The human rights agenda was also endorsed by Civicus, the International Federation of Human Rights (FIDH), the Global Centre for the Responsibility to Protect and the World Federalist Movement – Institute for Global Policy.