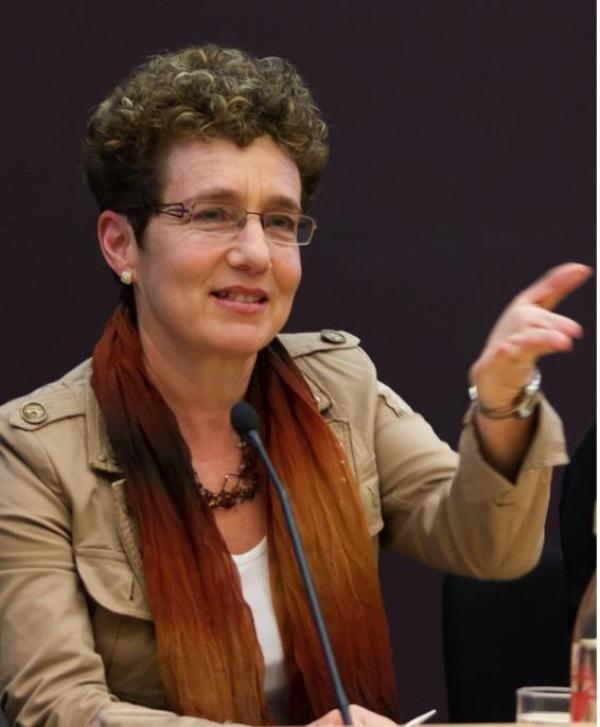 Djibouti (HAN) May 7, 2014. Expert Analysis, Your Power & Regional Influence Magazine: Opinion Paper by Suzanne Franks. Author Suzanne Franks joins with the Pulitzer Center to focus on how journalists report on disasters around the globe. Part of her interest is in looking back: In 1984, the reporting of a ‘biblical famine’ in East Africa, combined with the pop star glamour of Live Aid, confirmed a predominance of TV news and changed the dynamics of the aid business forever. For Franks, it defined a generation’s view of Africa and had a long term influence on the nexus of global politics, celebrity and the media.
Th case of  Ethiopian catastrophic famine in 1984 to 1985, during the worst Authoritarian regime in the Ethiopian history.

In 1984, Ethiopia was struck by a catastrophic famine, resulting in over one million deaths. Plenty of disasters in the twentieth century had resulted in more fatalities and more devastation than what occurred in Ethiopia, which, like many of the tragedies that occur in the poor and remote parts of the developing world, are so often under-reported and forgotten.

The Ethiopian case, however, was a great exception. It could have become another one of the countless international news stories that went unnoticed. But, one media outlet’s coverage of the famine prompted an unprecedented level of reporting on the famine. The media hype, in turn, mobilised unprecedented public opinion and philanthropic action.

In ‘Reporting Disasters: Famine, Aid, Politics and Media’, Suzanne Franks uses the pivotal example of the Ethiopian famine in order to explore the media’s reporting of crises in the developing world and its influence on the response of Western society to such humanitarian disasters.

Franks, a former news and current affairs journalist at the BBC, and now Professor of Journalism at City University in London, devotes much attention to systematically explaining the significance of the media’s reporting on the famine and the consequences for the international community. Franks draws upon access to valuable historical records and a wealth of interviews with those who were involved at the heart of events. Franks does not afford much attention to the dynamics and context of the famine, despite lamenting that this is a fundamental flaw of the western media’s reporting of disasters in the developing world, although the mention of these underlying factors proves to be inescapably necessary in parts. If one is looking for a deeper understanding of the Ethiopian famine, including the political factors surrounding the tragedy, then this is not the place to do so.

It was BBC journalist, Michael Buerk, and cameraman Mohammed Amin, who first brought the plight of millions of starving Ethiopians to British screens in 1984. The harrowing and moving images found in Buerk’s report are widely acknowledged as providing the impetus for the overwhelming response which followed. Yet Franks delves beyond the face of these pictures to address the integral role played by the realm of communications, emphasising how the degree to which a news story permeates society depends on the medium used, and the even more profound topic of the evolution of media.

With radio recently replaced by television as the primary medium for news, television images were the prerequisites for the Ethiopian disaster to be taken seriously by the international community; in the same way that social media is increasingly the medium of choice for communicating an important news story in today’s world.

Frank’s mission to establish and highlight the intrinsic link between the media and its capacity to mobilise public opinion – and subsequently a response – forms the crux of the book. The author coherently outlines how the media impact unfolded in a domino effect; it mobilised public opinion, which in turn precipitated two different types of response – short term and long term.

Public opinion, in reaction to the images, compelled Western governments to do something to help victims of the famine – or at least seen to be doing something for domestic political effect. The UK government’s political imperative was for a high profile, quick and visible, intervention in Ethiopia. In other words, formulate a short-term solution. The question of longer-term aid to prevent further suffering, however, never reached beyond the point of discussion and there was certainly no change in heart regarding distribution of aid. Thus, the public policy agenda did not pander to the pressure of public opinion, nor was it significantly altered as a result.

On the other hand, public opinion mobilised philanthropic action to an unprecedented extent, so much so that Franks refers to “a revolution in giving.” The media coverage in 1984 gave rise to an array of charitable efforts and changed the long-term nature of charitable institutions, particularly in the field of foreign aid. Perhaps the most iconic element of this outcome was the association of rock stars and celebrities with charitable causes, including Bono and Bob Geldof, the latter of who spurred the creation of Band Aid and Live Aid, which went on to raise millions of pounds for humanitarian relief in Ethiopia, and further paved the way for similar fundraising efforts over the following decades – from Sport Aid to Fashion Aid. Charitable giving had previously been viewed as a worthy gesture, yet a little dull. Now, thanks to the involvement of idolised figures in the music industry, it became hip and cool.

Franks employs a cause and effect approach to the media coverage of the famine. While first outlining the nature of the media attention centred on the Ethiopian emergency, and the response it subsequently generated. She then shifts much of the focus to how the media coverage, in fact, did more harm than good by telling an inaccurate, and far from complete, story of the famine and its root issues.

The famine was communicated in hugely depoliticised and simplified ways as a result of the interdependent relationship that developed between media organisations and aid agencies. Infamous for their dislike of a complex news story, let alone that of famine which Frank argues does not constitute the adrenaline rush that journalists usually seek. The media sought freebie trips organised by aid agencies out into the field on the basis of their strapped-for-cash budgets. The agencies, on the other hand, having to adjust to rapid expansion and the pressures that accompany a philanthropic boom, relied heavily on the media for publicity in order to lever the fundraising hand, and, therefore, tolerated the media’s tendency to distort and simplify a complex story.

Defining the Ethiopian famine in the most simplistic terms as possible became the fundamental error across the spectrum, which encompassed the media, aid agencies, western governments, and even the Ethiopian regime itself. It was presented as a natural disaster rather than as a result of historical and political factors. Context, however, is imperative for an informed understanding of African crises. The lack of remains a classic and perennial problem of Africa reporting, with Franks referencing some notable examples including the ongoing unrest in the Congo, the crisis in Darfur, and unrest in Kenya in the aftermath of the disputed in 2007/8. Yet, there are many, many more.

Some lessons have been learnt. There is now a more nuanced discussion of the boundaries of a natural disaster and consideration of the underlying factors and complexities, which are so often essential to a better understanding of the situation at hand. This, says Franks, was evident in the media rhetoric in 2005 surrounding the G8 events, which demonstrated somewhat of a greater awareness about the deep-seated intricacies in far away crises. Evidently though, if contemporary reporting on Africa is anything to go by, the western media has a long way to go. The response generated by the media coverage to the Ethiopian famine was genuinely full of good intentions, but may have done more harm than good as a result of the simplistic ways the crisis was presented. Sources: Pulitzer Center with Suzanne Franks