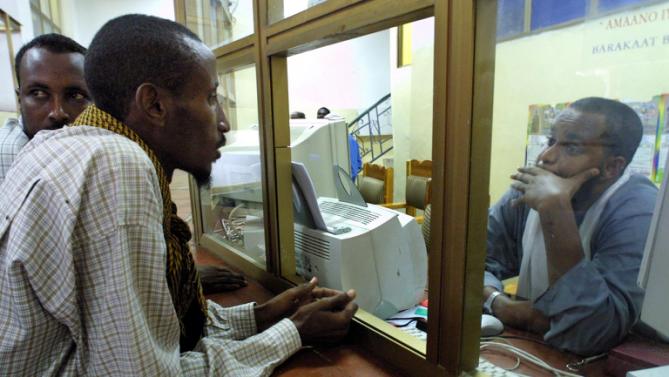 The bank accounts of 86 individuals and “entities” had also been frozen, Joseph Nkaissery added.

Those targeted are believed to include a Somali-linked bus company and hotel.

Kenyan officials have repeatedly accused Somalis in the country of colluding with the militants.

Nearly 500,000 refugees are in the country – many of whom fled decades of conflict and drought in Somalia.

Kenya also has its own Somali population – most of whom live in the capital, Nairobi, and in the north-east, where the university attack took place.

Somalis say most of them are law-abiding citizens of Kenya, and they have also bore the brunt of al-Shabab’s insurgency.

They have condemned the government’s crackdown as “blanket punishment” of the community.

Somalis around the world rely heavily on the informal money transfer firms, known as “hawalas”, to do business and to send cash to relatives because of the almost non-existent banking sector in Somalia.

There have been a similar crackdown on the companies in the UK and US.

A spokesman for the Somali money transfer agencies in Kenya, Abdi Ali, told the BBC they would oppose moves to shut them down.

“To us, it is only a ministerial directive which is sent to the central bank. We will talk to the Kenyan government about this issue and use its justice system to settle matter,” he said.

More than 40% of Somalis receive remittances, the bulk of which are used for basic needs, including food, clothes, medicine and education, according to a UN survey.

Somalia has not had a functioning government since the fall of Siad Barre’s government in 1991, and has been hit by religious and clan conflicts. BBC