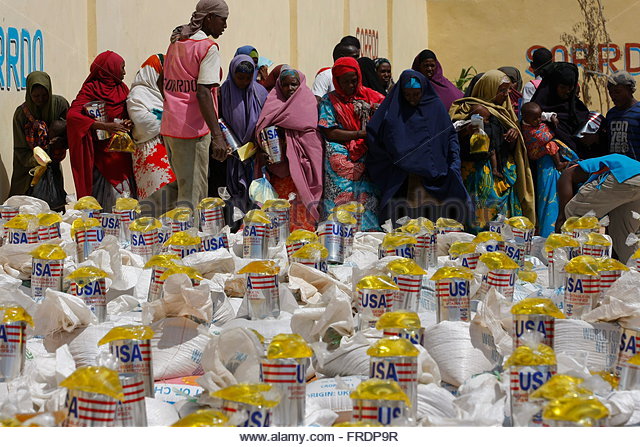 NAIROBI (HAN) April 23, 2016. Public Diplomacy & Regional Security News. Humanitarian agencies have increased efforts to save lives and livelihoods in the areas hardest hit by the drought in Somalia, the UN said on Saturday.

The UN Office for Coordination of Humanitarian Affairs (OCHA) said in its humanitarian report that relief agencies are prioritizing the provision of Urban Water Sanitation and Hygiene (WASH), food security and livelihoods, health and nutrition.

“They are also prioritizing keeping children in schools and protecting them from family separation, violence and abuse,” OCHA said.

“Today, 95 national and international humanitarian organizations are operational in Puntland and Somaliland. However, they are unable to scale up response to the level of needs because of lack of adequate funding. Funding across all clusters is low and inadequate to boost response,” it added.

The UN agency said timely funding is critical to enable partners significantly scale up response to prevent the situation from deteriorating further.

The report comes after humanitarian agencies working in Somalia on March 31 launched a humanitarian appeal, seeking 105 million U.S. dollars to save lives of more than 1 million Somalis in drought-affected areas.

An estimated 1.7 million people, or nearly 40 percent of the 4.6 million people living in these areas, are in need of humanitarian assistance and livelihood support.

“Health partners have delivered health care services to more than 30,000 people, including Internally Displaced People (IDPs) living in drought-affected areas in Puntland and Somaliland,” it said.

According to the report, between January and March, more than 11,000 acutely malnourished children were admitted into outpatient therapeutic and targeted supplementary feeding programmes.

In Somaliland, the report says 15,000 cartons of ready-to-use therapeutic food have been provided to the Ministry of Health for wider distribution.

More than 245,000 people (79 percent of the monthly target) had been reached with improved access to food and safety net-related interventions. Nearly 90,000 people were also reached with activities aimed at building livelihoods.