Home Daily Security Briefing Relations with Somalia constitutes one of the prime orientations of Turkish foreign... 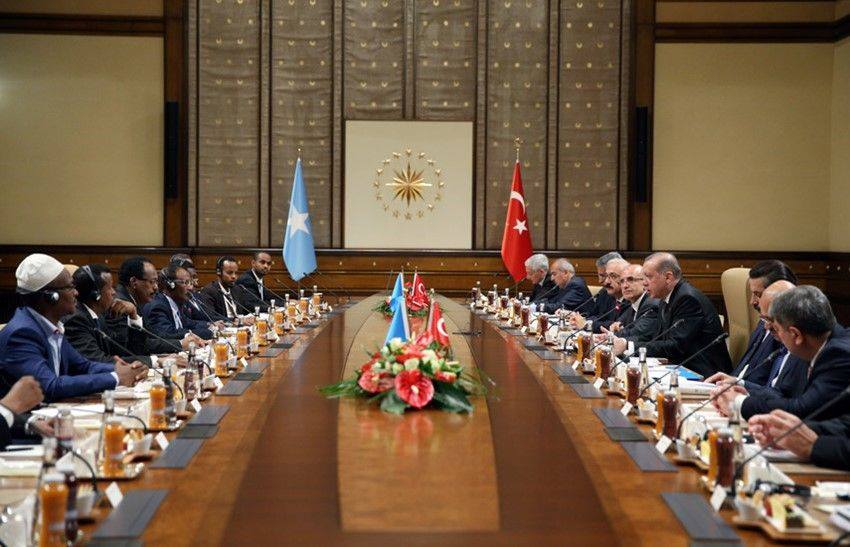 Djibouti (HAN) 27 April, 2017 – Public Diplomacy & Regional Stability. Somalia and Turkish Renew Strategic Partnership. The Somali government has made a remarkable progress in its efforts to deepen democracy. Last eight years has witnessed a series of successful elections and peaceful transitions of power from one president to another, without bloodshed.

Turkish president said “We have witnessed significant accomplishments of the Federal Government of Somalia leaders in promoting and enhancing good governance, democracy and economic integration across the Somali regional states, and setting higher standards in these areas.”

President Mohamad Abdullahi Farmaajo met with Erdogan and discuss on bilateral relations, security and the current drought crises in Somalia. Somalia is now in an impressive surge of growth, urbanization and modernization. The natural and human resources are abundant and diverse. When Geeska Afrika Online’s sister Organization IGAD2020 Regional Security Watch examine some basic indicators as follows, IGAD2020 see Somalia a re-emerging regional state with many promising developments both infrastructure, maritime resources and financial capital.
Somalia, as once regarded as the byword for ethnic conflict, drought, famine and natural disaster, hardly a years goes by without a high level foreign visits for trade, construction and natural resource deals.
The current Federal Government since 2012 has recorded an annual growth rate of 3.5 percent over the last Four years and is expected to continue this trend in the coming years in Africa. Commodity and construction items trade between Somalia and the rest of the world has increased by 120 percent since 2012.
According to the SIRAD institute’s Annual Credit & Security Rating reports in Somalia, 7 out of 12 fastest growing economies in the African continent.