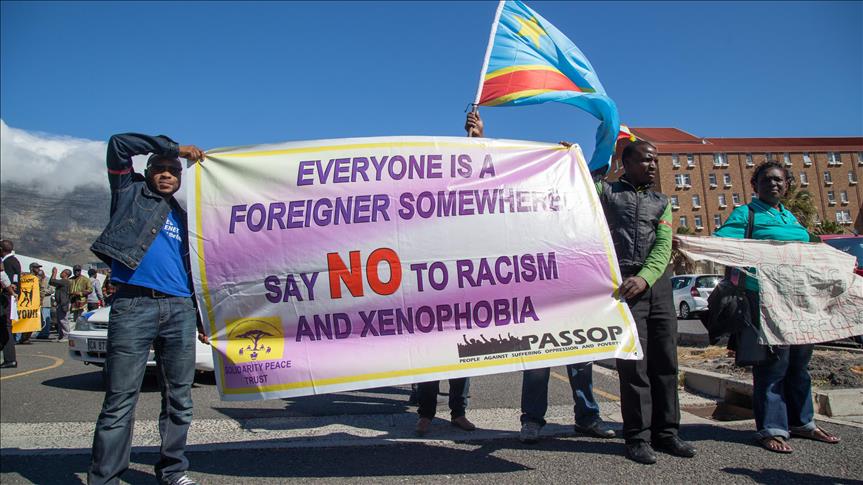 Abdurrahman Musa Jibro, leader of the Oromo People’s Association in South Africa, said several people had told him about losing their relatives in the clashes.

“Unfortunately, these people cannot go back to Ethiopia and bury their loved ones because they fled that country due to their political differences with the ruling government,” Jibro said in an interview Monday.

Ethiopians held protests in the capital Addis Ababa and the northwestern city of Bahir Dar in the Amhara region over the weekend, complaining about alleged government discrimination and planned incidents of land grabbing.

However, police responded by firing teargas and bullets to disperse the rioters who had blockaded roads. Several people were also reportedly killed during the incident and dozens others were beaten and detained.

An official at Ethiopia’s Amhara regional state told the government-affiliated broadcaster, Fana Broadcasting Corporation, that seven people had been killed in protests in Bahir Dar, the state’s regional capital. But an Oromo opposition group and some diplomats told the Qatar-based Al-Jazeera television that up to 30 people had been killed by security forces during the clashes.

The weekend protests in the horn of Africa country are part of a wave of demonstrations that began in the country last November, after the government proposed to expand the boundaries of Addis Ababa into the Oromia regional state. Many Oromo farmers fear they would lose their farmland after the government’s proposed expansion plan, known as the “Addis Ababa Integrated Development Master plan”, was implemented.

The Oromo and Amhara are Ethiopia’s largest ethnic groups who complain of discrimination by the government, a claim it strongly denies.

Abdullah Sule, a 45-year-old Ethiopian businessman living in Johannesburg, said he had not been in contact with his family back home since the last three days. “Their telephones are off. I’m very worried that they might have been caught up in the clashes,” Sule said.

Meanwhile, 36-year-old Abdulkarim Musa, an Ethiopian restaurant owner, said his elderly sick father was among those arrested by the police in Addis Ababa. “I’m very worried. My father is 65-years-old and sick. How will he cope in prison?” a concerned Musa told Anadolu Agency.

Tens of thousands of Ethiopians live in South Africa as refugees and asylum seekers.