Home frontpage We are ready for Dadaab refugees: President Mohamoud 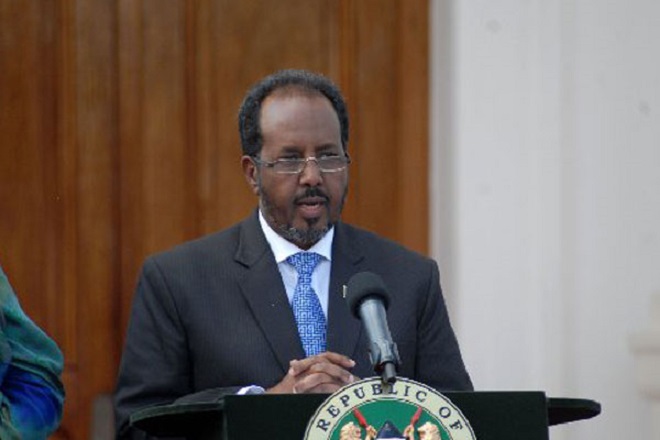 Speaking at a joint press conference with President Uhuru Kenyatta at State House in Nairobi, the Somalia leader said the repatriation would be orderly.

President Mohamoud said refugees had already picked the places where they want to be resettled, adding that his government has put in place infrastructure to accommodate them.

He thanked Kenya for hosting Somali refugees for 25 years.

He said refugees would play a critical role in the rebuilding of Somalia, having received a good education in Kenya.