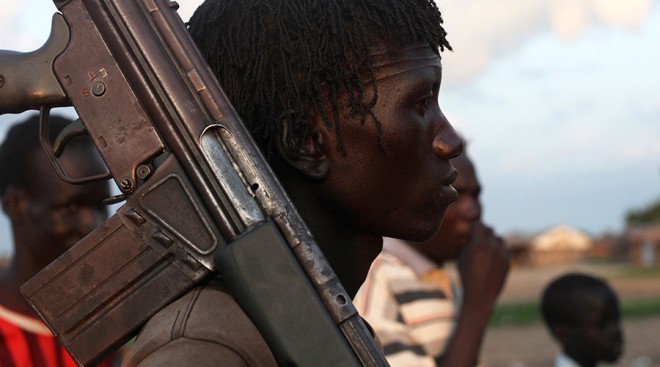 NAIROBI (HAN) April 17. 2016. Public Diplomacy & Regional Security News. At least 140 Ethiopian civilians including women and children have been killed by a group of armed raiders, who, according to the country’s government, crossed from South Sudan and fled back after the atrocity took place.

“140 civilians died in the attack carried out by bandits that crossed from South Sudan,” a statement from the government communications office said. Ethiopian forces have managed to kill 60 attackers and are ready to go further and cross the border to South Sudan to pursue the others.

“The Ethiopian defense force is currently chasing after the perpetrators,” said Reda as quoted by AP. “Our defense forces have so far killed 60 members of the attackers.”

“They haven’t crossed the border [yet], but they will if that’s what it takes,” he told Al Jazeera.

The minister stressed that the assailants had no relation to South Sudan’s army or rebel groups who fought the government during a civil war.

The latest attack is much larger compared to the previous skirmishes, the minister said adding that a number of children were kidnapped and brought to South Sudan.

Ethiopia hosts hundreds of thousands of refugees who had fled the conflict from South Sudan.

David Shinn, a professor of International Relations at George Washington University and former US ambassador to Ethiopia, said the current situation traces its roots to the ethnic conflict originating on both sides of the Ethiopia-South Sudan border.

“The border is porous and movement back and forth between South Sudan and Ethiopia is common,” he told Al Jazeera. “The conflict in South Sudan has resulted in refugees moving into Ethiopia. Rebel groups can also move across Gambela region. It is not surprising there are occasional local outbreaks of violence in this area.”

South Sudan, which itself gained its independence from Sudan in only in 2011, descended into conflict in December 2013 after its President Salva Kiir accused his former deputy Riek Machar of plotting a coup and fired him. The incident split the country into two factions. The country’s Dinka’s ethnic groups ended up supporting the president, while a Nuer ethnic group was an ally to Machar.

As a result, a civil war broke out, with the government fighting rebel groups supporting Machar. Both sides committed atrocities, the UN said. The conflict is still ongoing despite of the several peace deals signed by the president and Machar in 2015.

More than 284,000 refugees from South Sudan fled the conflict to Ethiopia and thousands have died in the civil war.