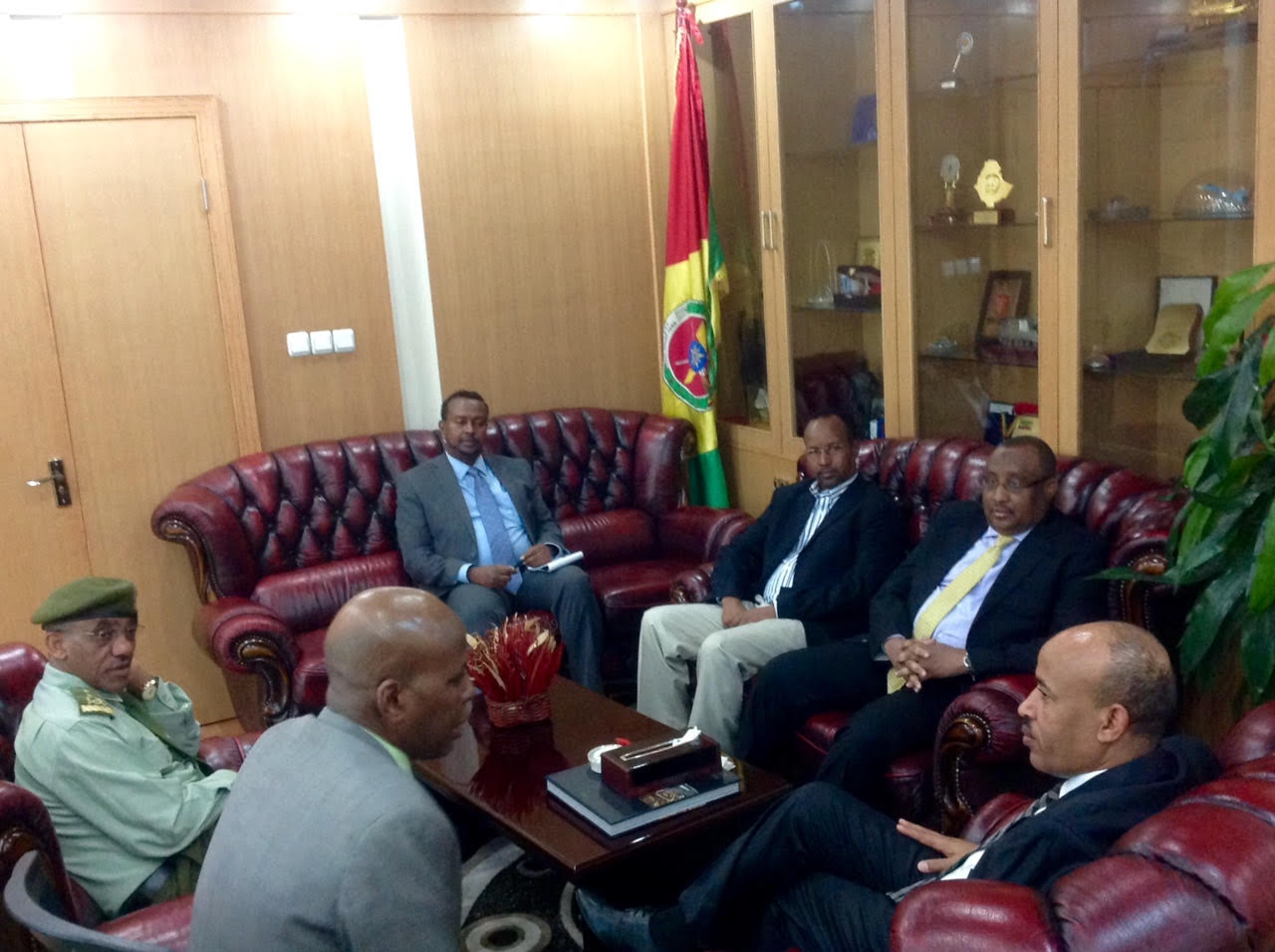 ADDIS ABABA (HAN) August 23.2016. Public Diplomacy & Regional Security News. Puntland President is accompanied by, Director General of the Presidential Grant Suleiman Yusuf important tasks in Ethiopia met with various members of the highest offices in Ethiopia. Authority President meeting with include the Minister of defense of Ethiopia Siraji FERGESSA, and the President and the Minister discussed how to cooperate in preventing teams terrorism in taking the Horn of Africa and the Ethiopian government to help Puntland forces had trained teaching.

The president of Puntland, the Ethiopian authorities talked to contribute to efforts to deal with those injured in the attack monster acts of people of being targeted capital, as the two sides discussed the completion of activities draft of the customs between Puntland and Ethiopia. Meanwhile, the President of Puntland Dr. Abdiweli Mohamed Ali said in Addis Ababa met with businessmen from China and Africa, and the President explained merchants of investment opportunities in Puntland.