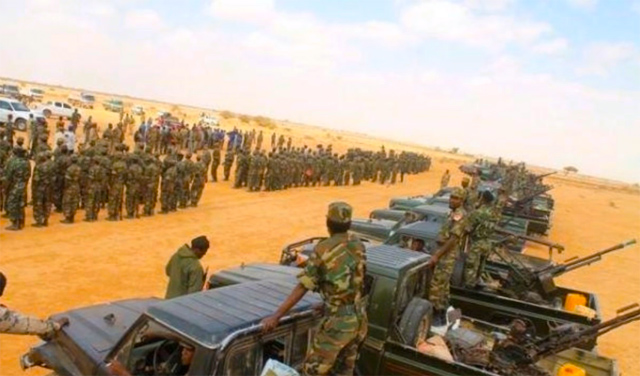 MOGADISHU (HAN) July 17.2016. Public Diplomacy & Regional Security News. A Fierce fighting between Somaliland and Puntland forces broke out early on Sunday morning in Sanaag, a disputed region in northern Somalia, reports said. Both Puntland and Somaliland accused each other of starting the clashes.

Reports just reaching us from the region indicate the warfare between the two sides started at Booda-adde area, which is located near Baran town in Sanaag region.

The two sides (Puntland and Somaliland) are reportedly using heavy weapons in the skirmish which reports indicate causing heavy casualties on civilians.

The situation remains tense and both sides are said to be amassing reinforcement troops on either side of the village of the disputed region.