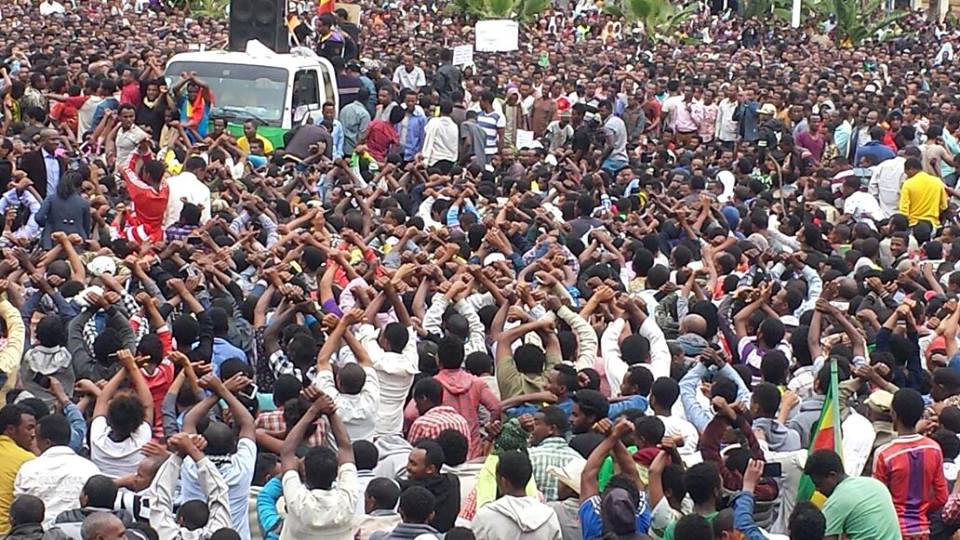 Demands by the protesters in Gondar city included for Wolkait district of Tigray state to become part of Amhara and for an end to alleged Tigrayan domination of the government, Teshager Woldemichael, who campaigns on the Wolkait issue, said Monday by phone. He estimated there were 30,000 participants.

Nigussu Tilahun, a spokesman for the Amhara government, said as many as 8,000 people attended a demonstration that was peaceful, although didn’t have permission from the authorities. Raising questions about ethnic identity is legitimate, yet a flag waved by some protesters disrespected minorities protected by the federal constitution, he said by phone from Bahir Dar city.

Ethiopia is a federal state of around 100 million people that’s organized into ethnic-based administrative units. The Gondar protest came in the wake of violence by security forces and activists during unrest in the city in July spurred by the attempted arrest of Wolkait committee members. It also follows more than eight months of anti-government protests by the Oromo people, who allege political and economic marginalization, in which Human Rights Watch said more than 400 demonstrators were killed.

The Oromo comprise 34 percent of Ethiopia’s population, the Amhara 27 percent and the Tigray 6 percent, according to the CIA World Factbook. Political power is formally equally shared between the four ethnic-based member parties of the ruling Ethiopian People’s Revolutionary Democratic Front, which, along with allied groups, won all 547 parliamentary seats in elections last year.

The Tigrayan party, which formed the coalition, is dominant, said Teshager. “The government should be under the Amhara and the Oromo people,” he said. “Because Tigrayans are the minority they should never govern Ethiopia.”