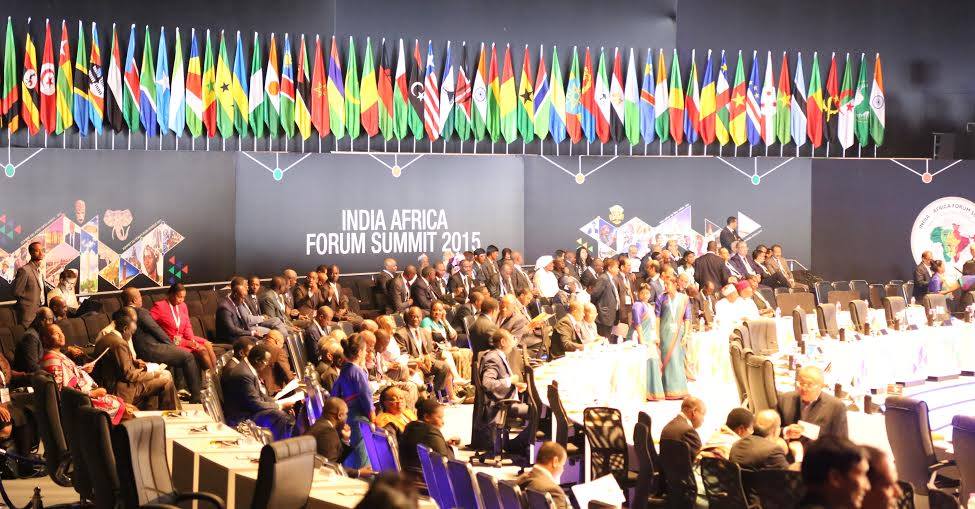 ADDIS ABABA (HAN) October 31, 2015 – Public Diplomacy and Regional food Security Initiatives News. Ethiopia’s Prime Minister, Hailemariam Desalegn has addressed the gathering of African and Indian Heads of state at the Third India-Africa Forum Summit in New Delhi, India today on October 29, 2015. Prime Minister Hailemariam noted that the people of Africa and India have had all round relations for millennia as in recent decades they have fought colonialism and apartheid which further strengthened their relationship. 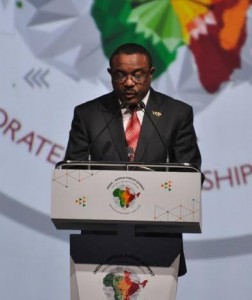 Prime Minister Hailemariam believed the Third India-Africa Forum Summit shall take the longstanding relationship to a higher level so that the people of Africa and India benefit and “take their rightful place in the affairs of the world.” Reminding his listeners that his country Ethiopia did host the Second India-Africa Forum Summit, back in May 2011, in Addis Ababa, the Prime Minister noted that the Summit was successful for the parties managed to adopt the Addis Ababa Declaration and the Africa-India Framework for Enhanced Cooperation. Reflecting on the Ethio-India partnership, the Prime Minister said, “I would like to note with satisfaction that Ethiopia was selected to host the India-Africa Integrated Textiles Cluster whose implementation is underway. He added that India’s support to Ethiopia’s effort at regional integration through the Ethio-Djibouti railway construction is in the tendering process. Ethiopia, the Prime Minister said has registered a double digit annual economic growth over the last twelve years “thanks to the clear and participatory development policies and strategies we have followed.” “In order to sustain this high growth rate we have just launched our Second Five Year Growth and Transformation Plan,” he added.MFA