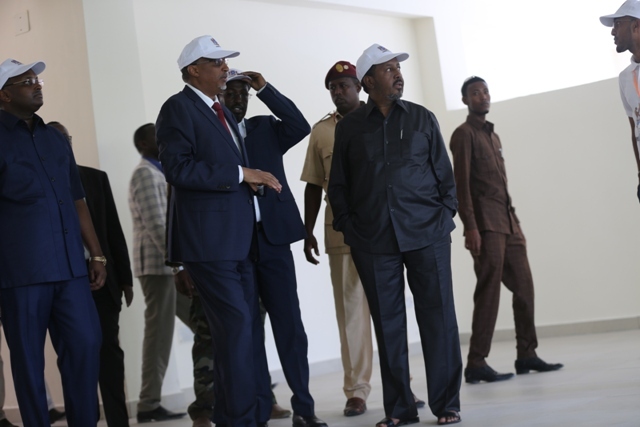 It is worth noting that we have to pay two million dollars, and the government of Sweden donated to us, and beyond the companies proposed to demolish the building, but I’ve decided that the Ministry pay for renovating the building rather than demolish it, “he said.

President of the Federal Republic of Somalia HE Hassan Sheikh Mohamud xirtitaanka event that promises six pillars including the improvement of the Financial System, today successful tiirkaas. “It is a great pleasure today to speed recovery after the country, and the second, which opens today. Four years ago, I promised to make reform of financial management, and we are happy where we are going through with it today, but this issue for all government agencies and cooperate fully with, “he said. “was taking place in the electronic system and can not be confused with, every financial activity is noticeable how it happened and who did.