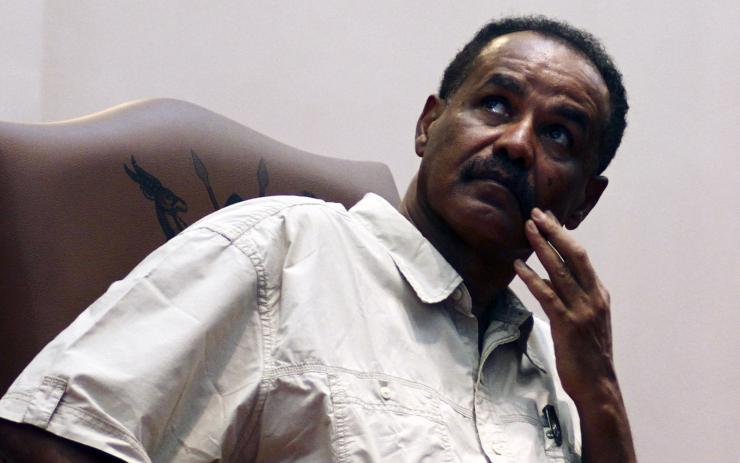 Khartoum (HAN) October 28, 2020. Diplomacy and Regional Security updates. Eritrean rebel leader Isaias Afewerki’s divisive rule over the Eritrean people and its land  is as strong as ever, over fifty years since taking power in 1975 as a rebel-EPLF. Eritrean leader Awerki surprised the statement last week from  the leaders of America, Sudan and Israel which “jointly agreed to the normalization of relations between Sudan and Israel and to end the state of belligerence between their nations” and “agreed to begin economic and trade relations, with an initial focus on agriculture.” Sudan is now the center of the American strategic policies in the Horn of African region.

While, President Donald Trump seemed to dismiss all African nations as “shithole countries,” His attitude has not evolved much during the course of his presidency. Speaking at his rally in Omaha, president Trump  believed his appearance could  be helpful with the race in neighboring Iowa, which Trump won easily four years ago but which polls suggest is a tight race this year.President Donald Trump disparaged again Somalia. “No government, no safety, no police, no nothing, just anarchy,” but we know that, he quipped, the ultimate irony considering he has gifted Somalia almost more than $3 and half billion over the course of his presidency, since 2017.

Trump appears to wallow in a reality which happily is long since gone. Whereas Somalia was once a Horn of African region including Eritrea and South Sudan embroiled in wars, mostly IGAD region  are now at peace, and exercising democratic elections, except Eritrea.

Initially, in 2017, there was great hope for the former American navy base could have leveraged its historical links to the United States of America to kickstart its great mineral wealth, and its position astride the Red Sea gave it great economic potential both for trade and transshipment via America through Bab Al-Mandab.

According to the Analysis by Chris Cillizza and Brenna Williams and Trump’s comments to Putin, the G20 summit in Japan, “you don’t have this problem in Russia” seem to overlook the violence with which Russia deals with reporters who don’t write what the government wants. And this is far from the only time that Trump has praised the power (and methods of retaining that power) of rogue dictators and authoritarian rulers.

The Geeska Afrika Online article was produced by HAN News while it was part of the IGAD2020 Regional Security Watch  for the Coordination of regional security initiatives and diplomatic  Affairs. Please send queries on copyright or liability to the news@geeskaafrika.com