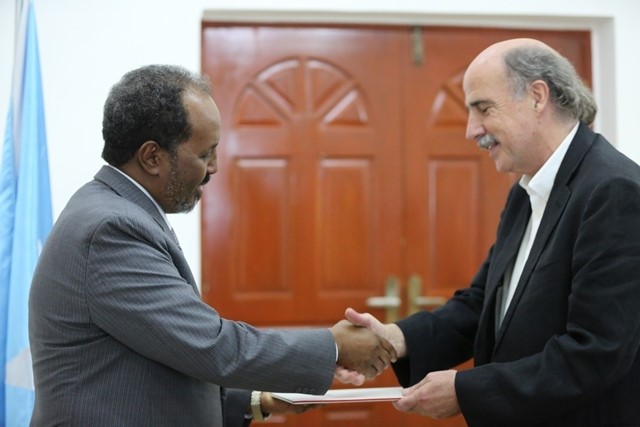 The President and the Ambassador discussed the bilateral relations, cooperation in areas such as economics, rural development, vocational training and youth hosts. It is also the President of credentials from the new ambassador of Switzerland to the representative of Somalia, Ralf Heckner. The President and the Ambassador discussed the situation in Somalia, such as security, politics and the election will take place in August 2016. The event was officially called off the first ambassador of Switzerland, Mr Dominik Langenbacher and while working in the end.Daud Aweis
Afhayeenka Madaxtooyada
Jamhuuriyadda Federaalka Soomaaliya
Email: daweis@presidency.gov.so
www.villasomalia.gov.so